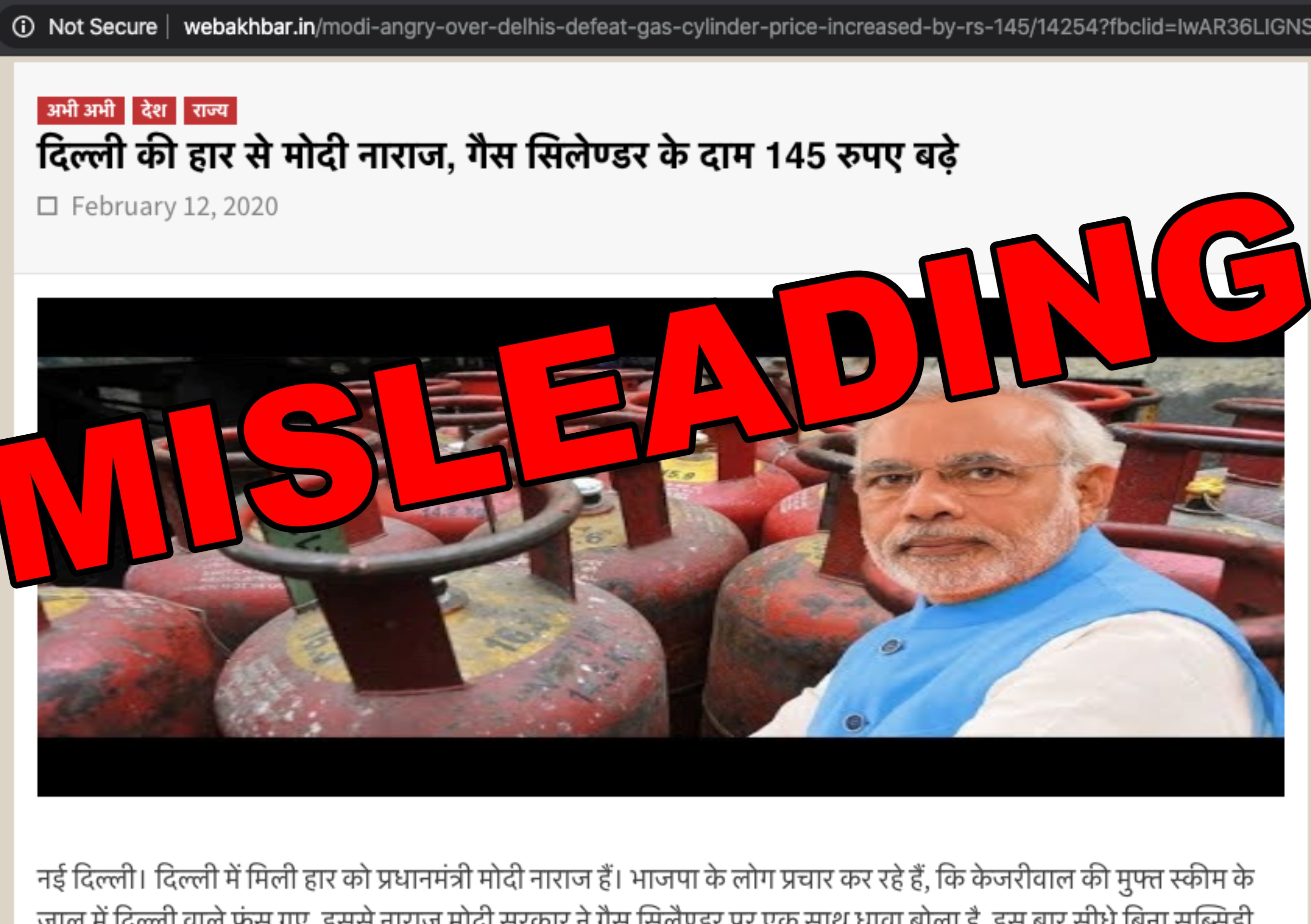 A news article is being circulated online stating that after the defeat in the Delhi Assembly elections, Prime Minister Narendra Modi increased the prices of the gas cylinder by Rs. 145. 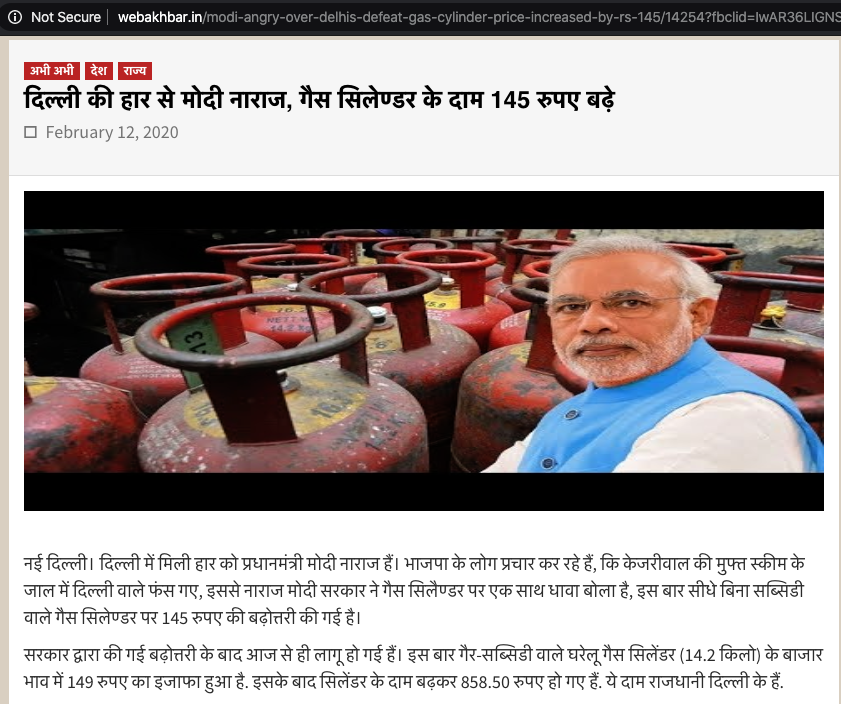 At the time of filing this report, the above news article was shared by 360 Facebook users.

ALSO READ: Fact Check: This video of a massive explosion in China is…

NewsMobile fact-checked the news and found it to be misleading.

On doing a simple Google search, we found that prices of LPG Gas Cylinder did go up by as much as Rs. 145, but this change happened across metropolitan cities, and not just Delhi. 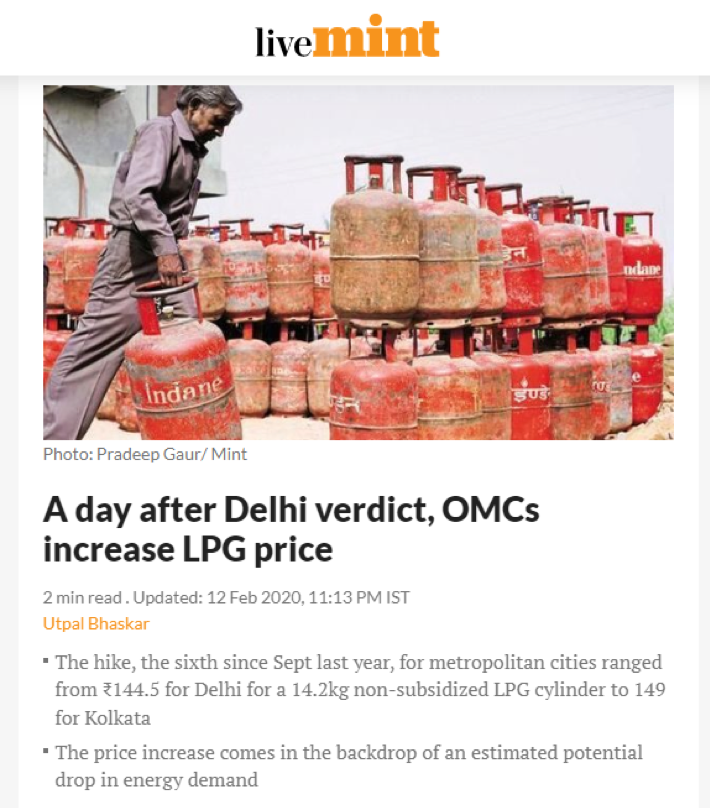 Further, while the price increase came just a day after the Aam Aadmi Party (AAP) won the Delhi Assembly elections, and BJP lost, there is no direct link to show that the price hike was fueled by the BJP’s loss.

Multiple news reports suggested that the LPG gas cylinder prices are directly linked to the international benchmark rate of LPG and the exchange rate of the US dollar and rupee. 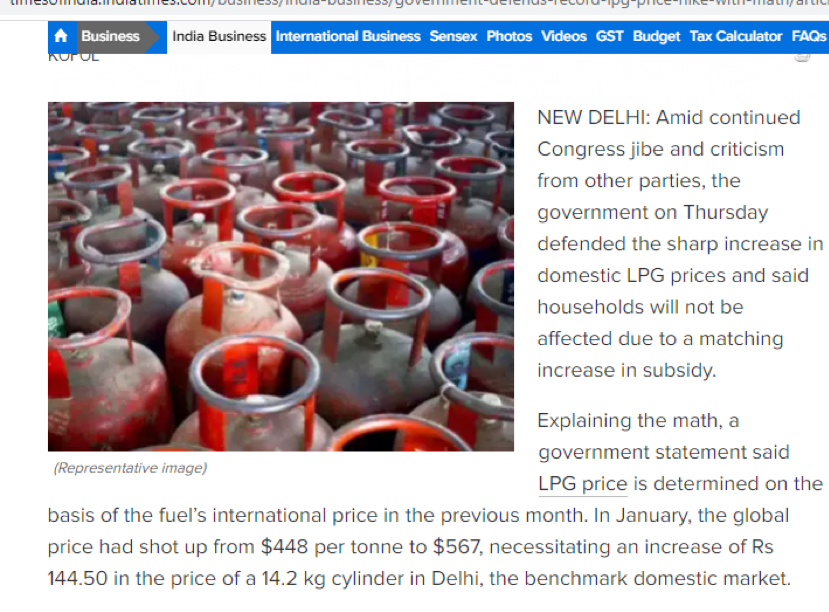 In conclusion, the above information proves that the news article in circulation is misleading.