A video is making rounds on social media in which a man in a helicopter can be seen rescuing a bird stuck in high tension wire. It is being claimed that the Jain community in Surat arranged a helicopter to rescue the bird. 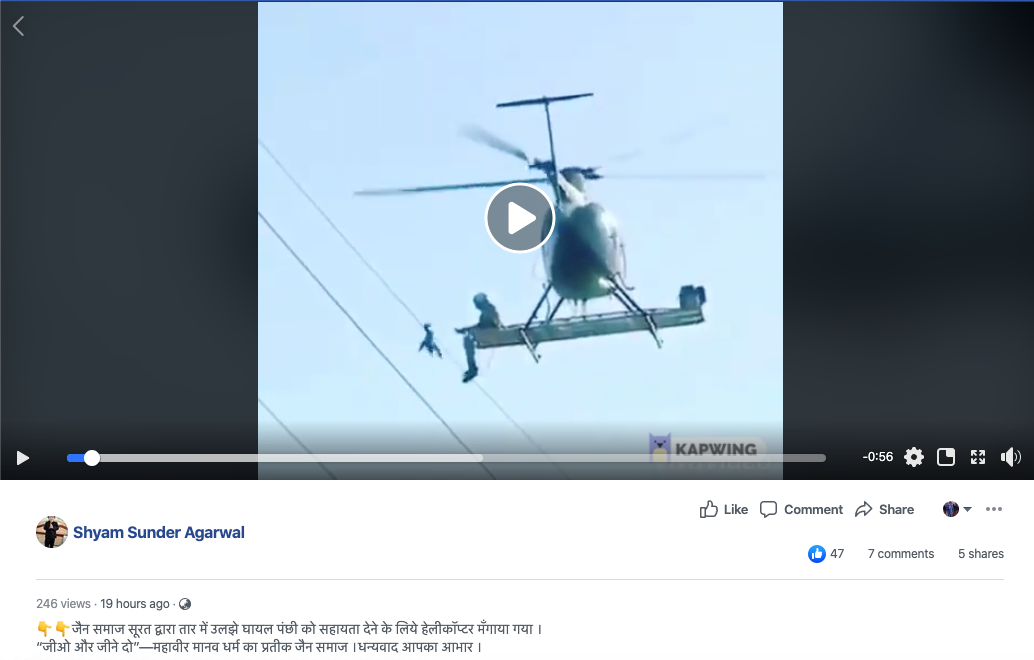 NewsMobile fact-checked the above video and we found that the claim attached to the video is false.

We extracted the keyframes of the video and on putting them through Reverse Image Search, we came across a news report by the Mirror dated September 26, 2013, which featured the extended version of the same video. 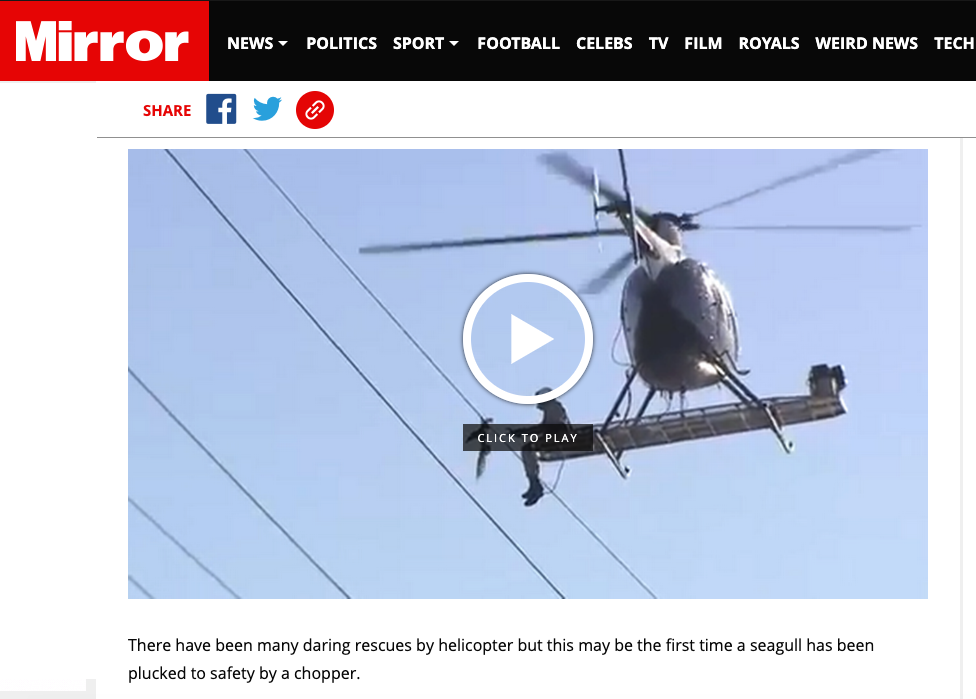 According to the report, the video is from United States’ Virginia when a seagull was rescued after being stuck in power lines for 24 hours at a beach.

Hence, the above information proves that the viral video is not from Gujarat’s Surat and the claim attached to the video is false.