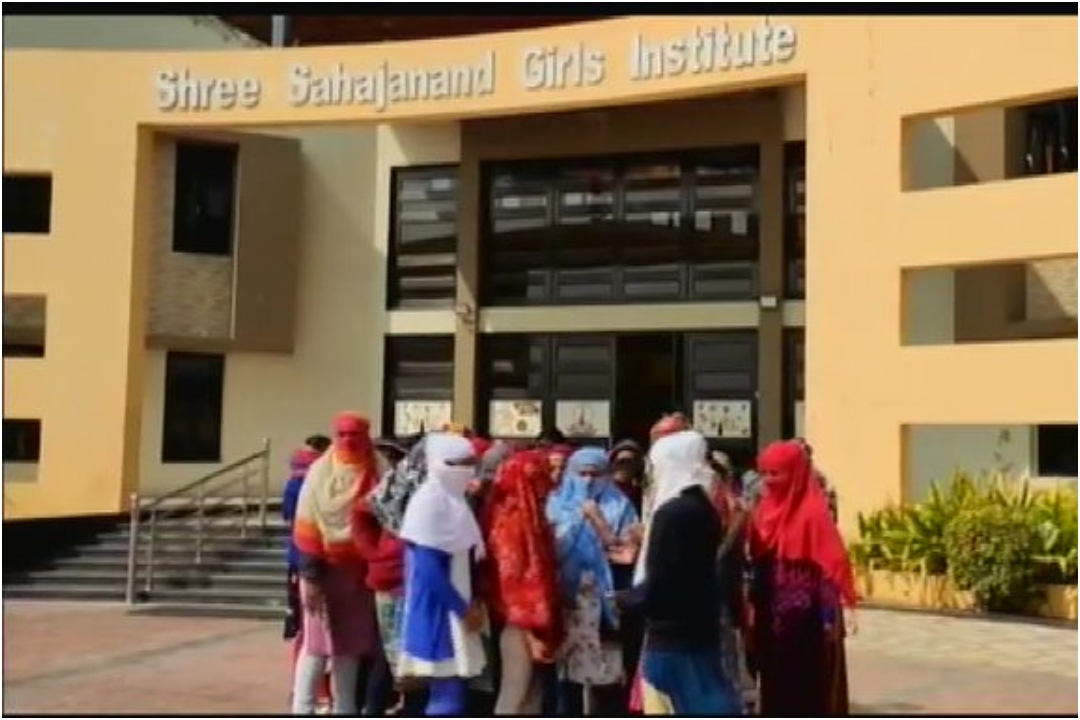 Gujarat: 68 undergraduate hostellers of Shri Sahjanand Girls’ Institute (SSGI) in Bhuj were paraded through the college into the restroom and forced to individually remove their undergarments to prove that they were not menstruating, a report in Ahemdabad Mirror said.

The horrifying incident took place at Shri Sahjanand Girls’ Institute (SSGI), which ironically enough prides itself on the ”self-development and empowerment of girls through modern, scientific, and value-based education.”

According to the institute’s norms, menstruating girls are prohibited from entering the temple and kitchen. They are not even allowed to touch other students.

No police complaint has been registered yet but in charge vice-chancellor, Dr Darshana Dholakiya of Krantiguru Shyamji Krishna Verma Kutch University (KSKVKU) has reportedly formed a fact-finding committee to investigate the matter.

”We will take strict action against whoever is responsible for this kind of behaviour,” she told Ahemdabad Mirror.

However, the hostel administration reportedly complained to principal Rita Raninga that some girls who were having their periods not just mingled with other hostel inmates, but also entered the kitchen and ventured near the temple on the premises.

One of the students who stay at the hostel as she hails from a remote area said,”The hostel administration levelled this allegation and insulted us on Wednesday. On Thursday, when we were attending lectures, rector Anjaliben called the principal and complained about this. We were forced to leave our classrooms and queue up outside in the passage. The principal abused and insulted us, asking which of us were having our periods. Two of us who were menstruating stepped aside.

Despite this, we were all taken to the washroom. There, the female teachers asked us to individually remove our undergarments so that they could check if we were menstruating.”

Ahemdabad Mirror quoted another SSGI trustee P H Hiranias as saying, “We run a charitable organisation and take a token fee. As the institute has a temple on campus, the girls have been instructed to follow the sect’s rules. However, what happened to the students is unfair. Action will be taken.”

Darshana Dholakia, Dean, Shree Sahajanand Girls Institute told news agency ANI that the matter is related to the hostel, it has nothing to do with University/College. Everything happened with girls’ permission, nobody was forced for it. Nobody touched them. Still, an inquiry team has been formed to look into the matter.

(With Inputs from Ahemdabad Mirror)