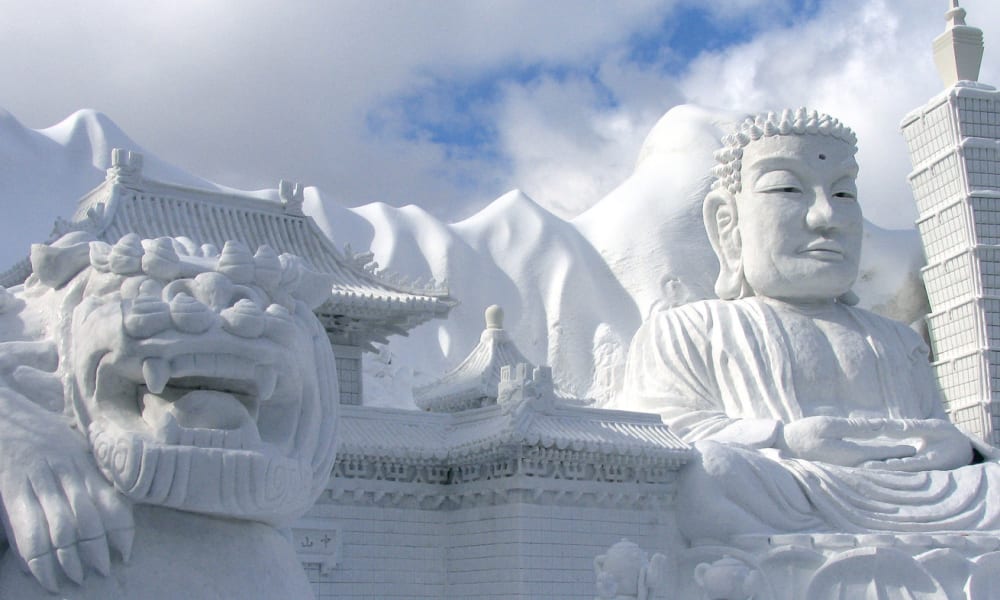 Thousands of tourists visit the snow festival in Sapporo, Japan which is famous for ice sculptures. However, this year the festival is under threat as there is not enough snow.

Due to climate change and high temperatures, powder from other areas is being used in sculptures due to the paucity of ice.

ALSO READ: Planning a trip? Here are five rights you should know before flying

“This lack of snow is unprecedented,” said Yumato Sato, an official in charge of organising the snow festival, which normally uses 30,000 tonnes of the stuff for sculptures ranging from anime characters to famous racehorses.

“We had to bring in snow from places we had never reached out to before” such as Niseko, a town about 60 kilometres (40 miles) away from Sapporo famous for its skiing, he said.

Adding to the problem was the need for pristine snow, perfect for sculpting.

“The snow needs to be free of dirt, otherwise the sculptures can break up,” he said.

“We barely managed to scrape together enough snow.”

According to the Japan Meterological Agency’s local observatory, snowfall in Sapporo has been less than half the annual average.

High temperatures melted the snow in mid-December and the mercury is expected to stay above average.

The main theme of this year’s festival, which runs until February 11, is the ethnic Ainu minority in Hokkaido, as the first Ainu-themed national museum, nicknamed Upopoy or “singing together” in the Ainu language.

The Sapporo festival organisers hope they can continue the famed event in the future despite the warming climate.