Christina Koch, the NASA astronaut who has set new records in space, returned to Earth in the early hours of Friday. She broke the record for spending the longest span of days in space for a female astronaut as she returned aboard the Russian space shuttle Soyuz along with astronaut Luca Parmitano of the European Space Agency and cosmonaut Alexander Skvortsov of Roscosmos, and touched down on Earth at 2:42PM IST (4:12AM ET) in Zhezkazgan, Kazakhstan. 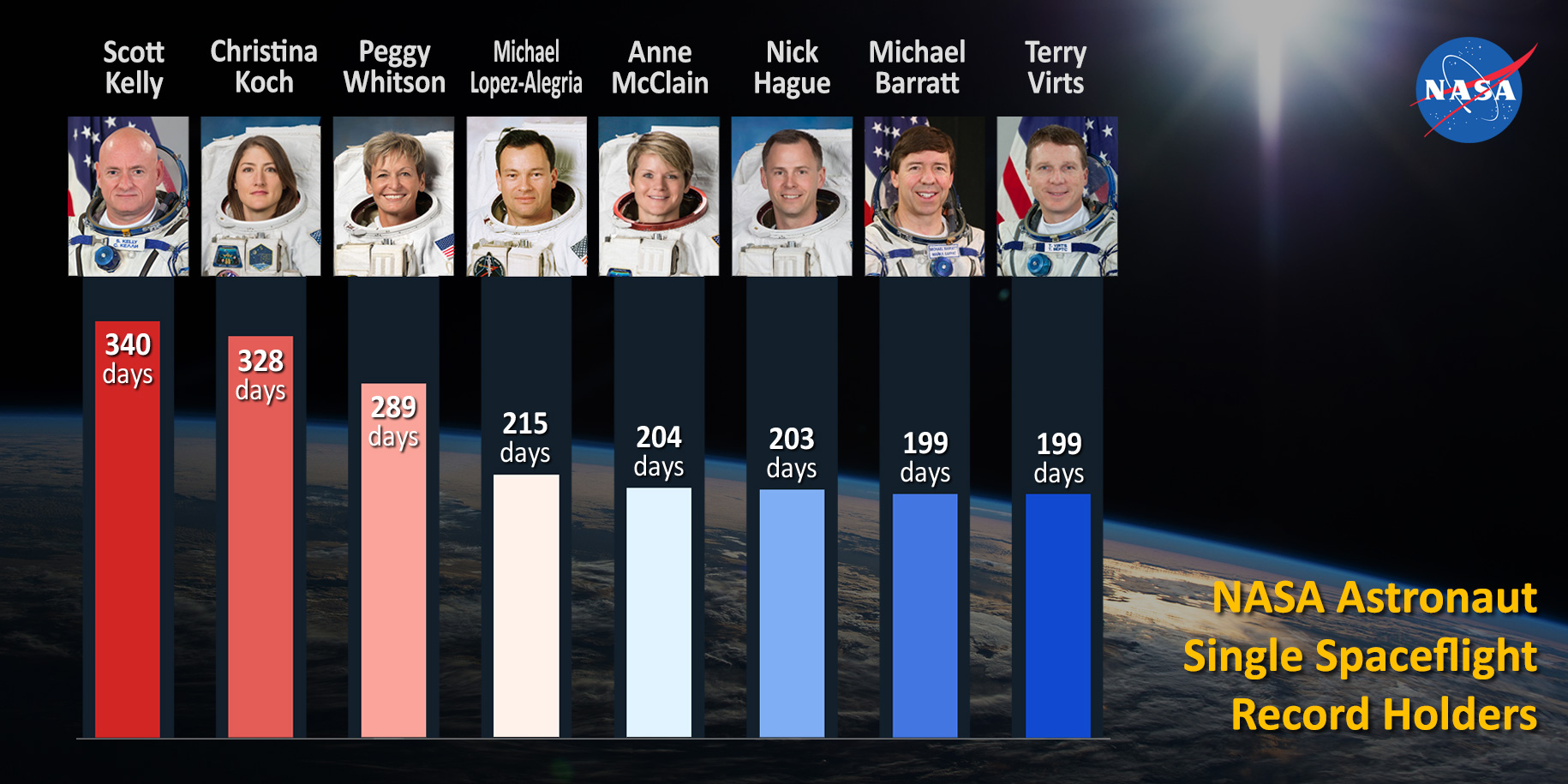 Koch also holds the distinction of being one half of the first all-female spacewalk in history, which spanned over six hours and included another NASA astronaut and Koch’s fellow ISS resident, Jessica Meir.

She also conducted five more spacewalks during her almost one-year-long stay in space, with her total spacewalk time clocking 42 hours and 15 minutes.

As per NASA, Koch’s tour included 5,248 orbits of the Earth, with a total distance traversed of 139 million miles in terms of how far the Space Station traveled during its orbit while she was on board.

Thumbs up and a huge smile from @Astro_Christina! 😊👍

Her first spaceflight became a 328-day mission with 5,248 orbits of Earth, a journey of 139 million miles, roughly the equivalent of 291 trips to the Moon & back. #CongratsChristina & welcome home: https://t.co/8MFSftrUyR pic.twitter.com/zlmY2yYJDe

During her stay, Koch contributed in multiple experiments, repair projects on the ISS and scientific studies.

– The numerous contributions of Koch include a vertebral strength investigation that aims to understand the maximum force that astronauts can endure during the harsh take-off procedure.
– She also contributed to the kidney cells experiment that aims to understand better ways to treat human health issues in space, such as kidney stones and osteoporosis.
– She worked on growing microgravity crystals in space, which is yet another landmark scientific study that can help find effective cancer treatments.
– She helped install a BioFabrication facility aboard the ISS, which can print human-like tissues in space and provide us with a way to make organ transplants outside of Earth.
– Koch also conducted the famous study of observing how plants grow in space. One of the highlights of her stay including growing and tasting fresh Mizuna mustard greens at the ISS — an incredible feat considering they were grown in space.
– Koch was also among those using the Advanced Combustion via Microgravity Experiments Chamber, which was designed to understand how fire reacts in space, which in turn will be crucial in containing accidental space fires.

#CongratsChristina on completing your first journey into space!

Koch took to Twitter to express her joy and gratitude at the trip and opportunity.

“This journey has been everyone’s journey. Thank you to all involved in the success of our mission, and for giving me the opportunity to carry everyone’s dreams into space. I’m filled with gratitude to be back on the planet!”, she wrote.

This journey has been everyone’s journey. Thank you to all involved in the success of our mission, and for giving me the opportunity to carry everyone’s dreams into space. I’m filled with gratitude to be back on the planet! pic.twitter.com/Mo2pk152vv

US President Donald Trump extended congratulations to her as he wrote ‘You’re inspiring young women and making the USA proud!’.

Welcome back to Earth, @Astro_Christina, and congratulations on breaking the female record for the longest stay in space! You’re inspiring young women and making the USA proud! Enjoyed speaking with you and @Astro_Jessica on the first all-female spacewalk IN HISTORY last year.