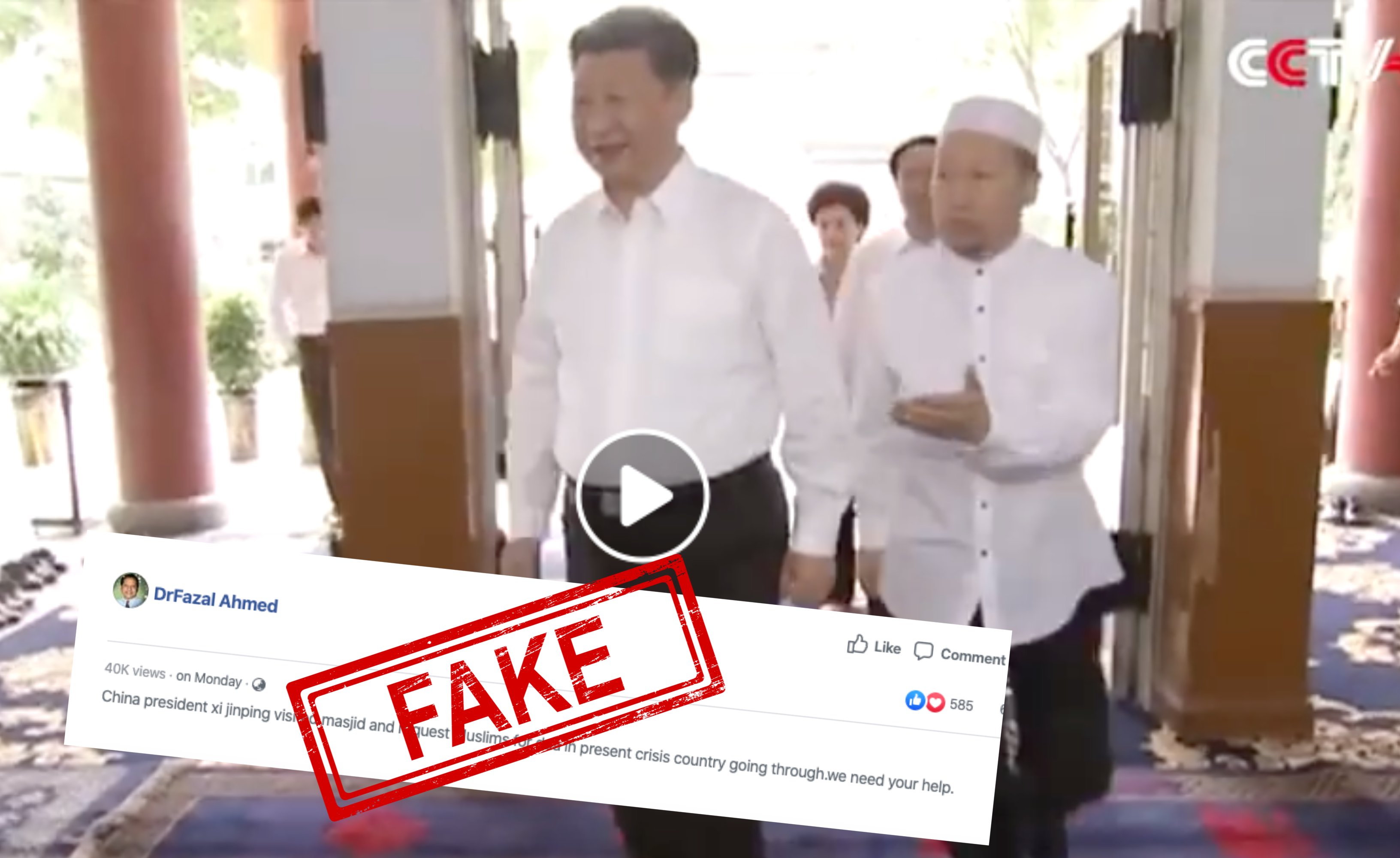 A video has surfaced on the internet in which Chinese President Xi Jinping can be seen visiting a mosque and offering prayers. It has been claimed that, following the outbreak of the deadly Coronavirus, he visited the mosque and requested the people of the Muslim community to pray ‘in present crisis country going through’. 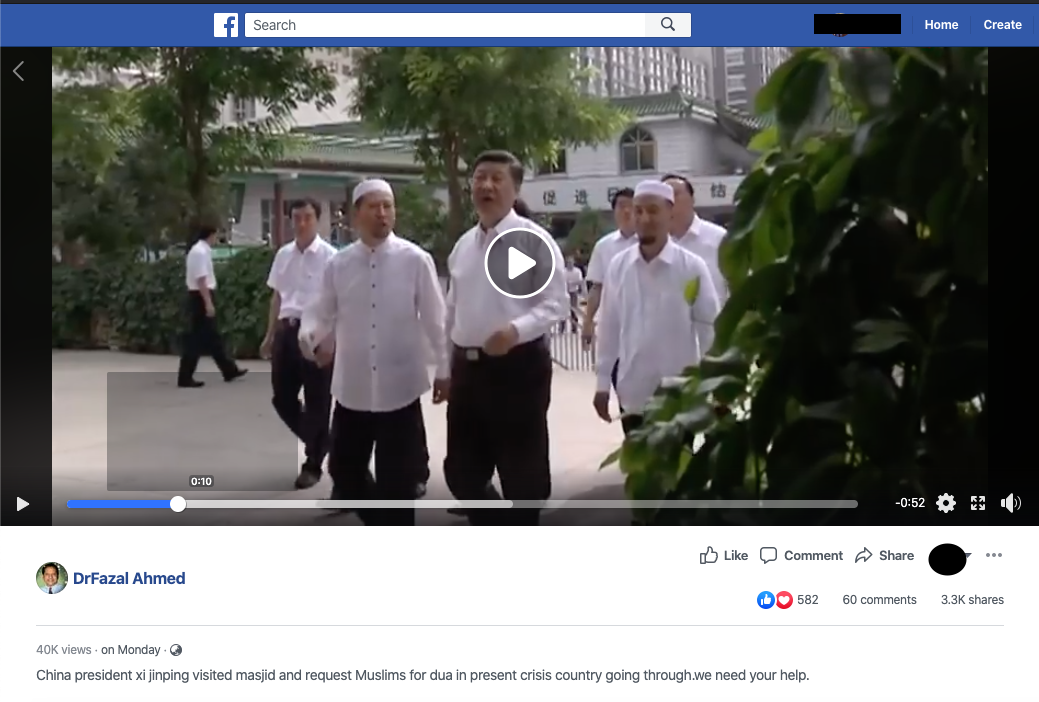 At the beginning of our investigation, we noticed the logo of CCTV on the video. We then extracted the keyframes of the video and put it Reverse Image Search along with keywords such as ‘CCTV’, ‘Chinese President’, ‘Xi Jinping’. We came across the same video on the YouTube channel of CCTV Video News Agency dated July 20th, 2016. 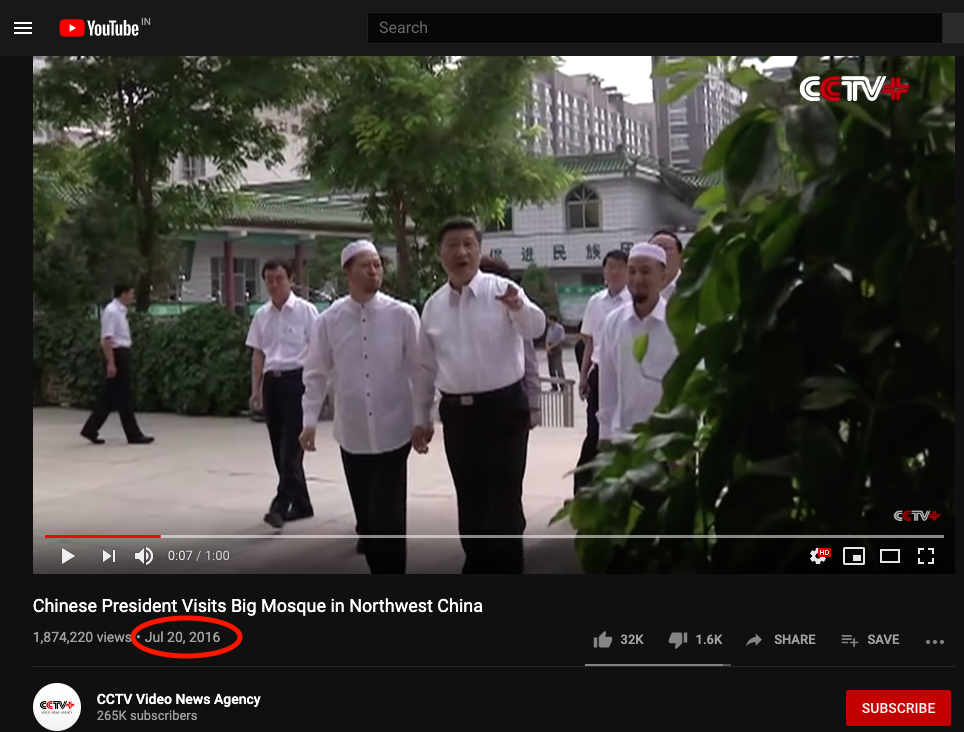 According to the caption of the video, the Chinese President visited Xincheng Mosque in Yinchuan City (Northwest China) on July 19th, 2016.

“Chinese President Xi Jinping paid a special visit to the Xincheng Mosque in Yinchuan City Tuesday morning (July 19th, 2016), during his current fact-finding tour of the Ningxia Hui Autonomous Region in northwest China,” the caption of the video read.

In conclusion, the above information proves that Chinese President Xi Jinping’s visit to the mosque is not related to Coronavirus as the viral video is almost-four-year-old.