Home Home Slider This viral video is not of Kobe Bryant’s late daughter in the...
ShareTweetGoogleWhatsappPrint
Mail

Following the tragic death of Basketball legend Kobe Bryant, his daughter and seven others in a helicopter crash, a video has surfaced on the internet which is claimed to be of Bryant’s daughter Gianna’s last moment at the hospital. 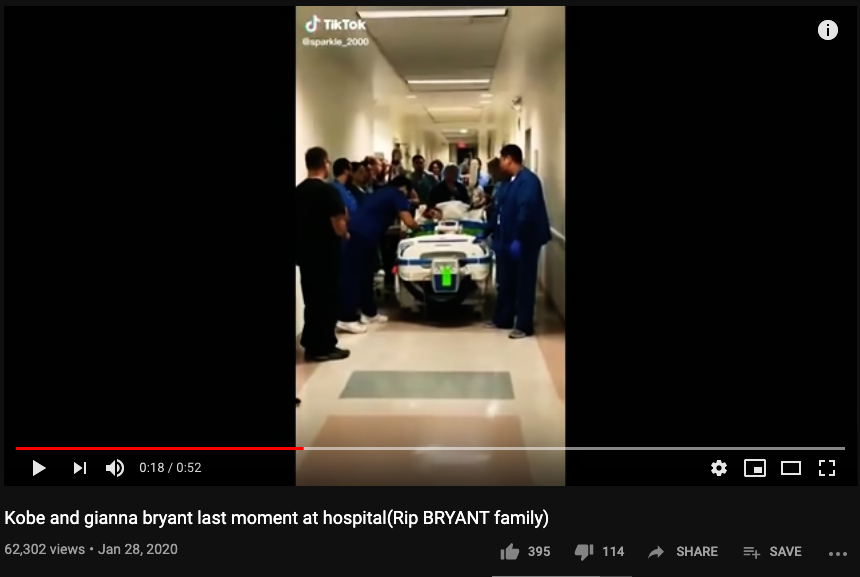 NewsMobile fact-checked the above video and found that the claim attached to the video to be false.

We extracted the keyframes of the video and on putting them through Reverse Image Search we came across a video titled ‘Ariana’s Honor Walk’ on YouTube dated September 04th, 2019. 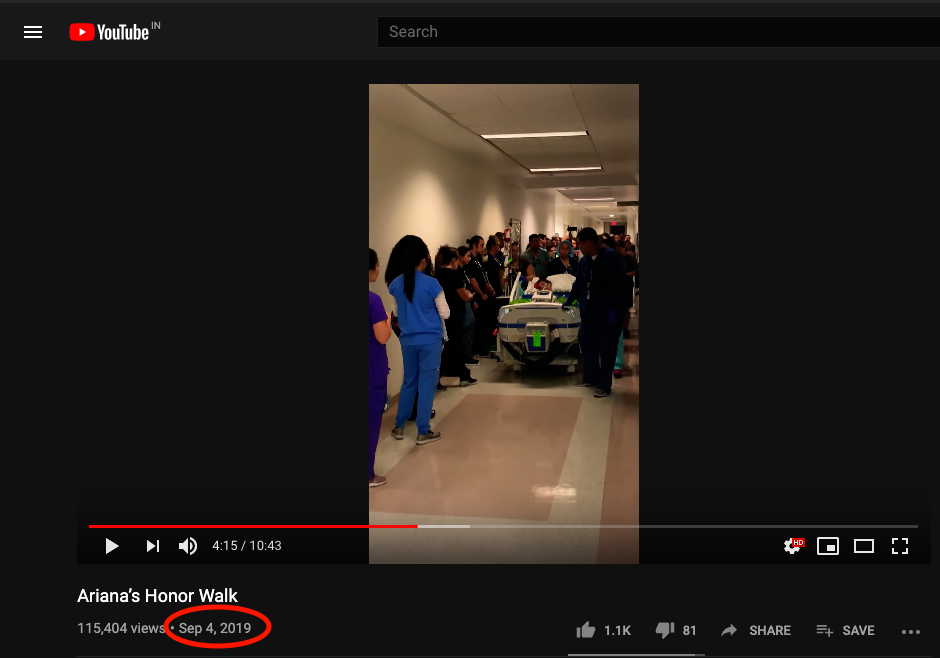 NewsMobile compared both videos and found that the video in circulation is extracted from the above video which was posted on YouTube in September 2019.

The caption of the video suggested that “28-year-old woman named Ariana was declared brain dead following a car crash in Downey, California in August 2019. Her family subsequently decided to donate her organs.” The caption further suggested that “she was a happy and caring 28 year old who many confused as teenager due to her spunk, laughter and her childlike antics. She was always doing what she could to make you laugh, but one evening on 8/29/2019, our lives would change forever.

“She was on her way to the arcade to meet up with friends with her boyfriend, and as they were crossing an intersection in the city of Downey, California, a distracted driver, ran a red light and struck Ariana and her boyfriend, Jason. Upon arrival to the hospital, Jason died 2 hours later from severe head trauma and on 8/30/2019, Ariana was also declared brain dead due to severe head trauma as well.”

In conclusion, the above information proves that the viral video is old and it is not related to Kobe Bryant or his daughter.