Amid the outbreak of Coronavirus, a video has surfaced on social media in which a man can be seen praying in a mosque. It has been claimed that the man in the video is the Chinese Prime Minister who visited a mosque and realized that the only way to protect oneself from Coronavirus is to ‘bow before Allah’. 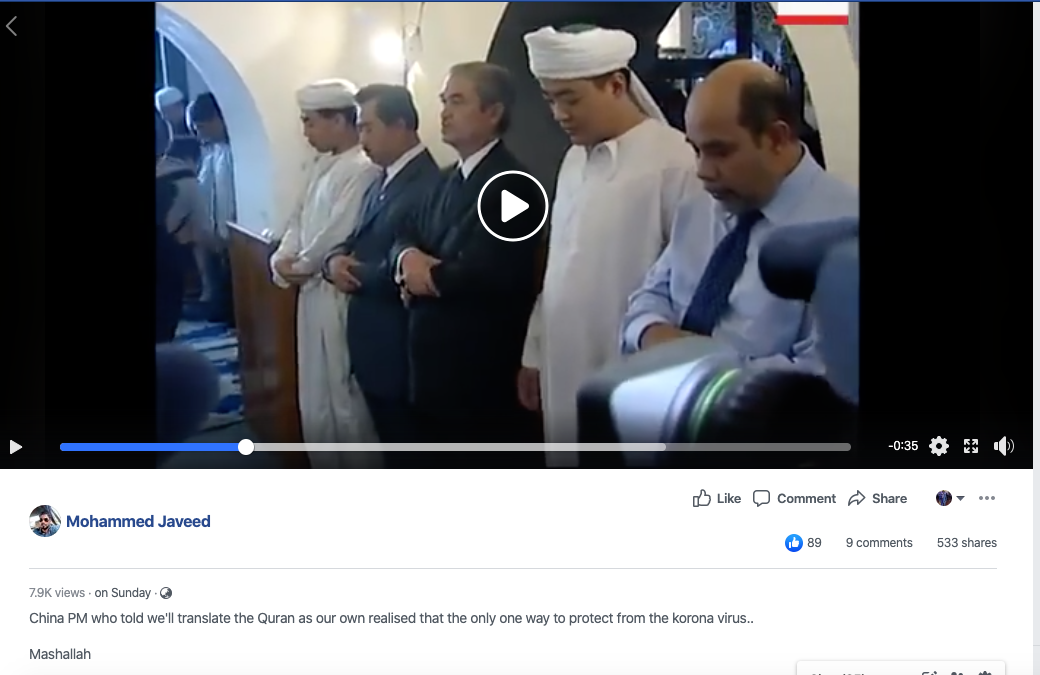 The caption of the video read: “China PM who told we’ll translate the Quran as our own realised that the only one way to protect from the korona virus.”

China PM who told we’ll translate the Quran as our own, realised that the only one way to protect from the Corona virus is doing ‘sajtha’ to Allah and went to mosque to pray, Masha Allah…. pic.twitter.com/5zS3u2m8wO

ALSO READ: This viral video does not show the source of Coronavirus; here’s…

NewsMobile fact-checked the above posts and found that the claim attached to the video to be FAKE.

Firstly, we extracted keyframes of the video through Reverse Image Search and we added the keyword– Associated Press, (AP) as their logo is visible in the video.

Upon extensive investigation, we found the same video on the verified YouTube channel of AP Archive dated July 21st, 2015.

As per the description of the video, the man in the viral video is former Malaysian Prime Minister, Abdullah Ahmad Badawi. The video was shot during his visit to China when he visited Beijing’s Nan Xia Po Mosque and performed Friday prayers.

In conclusion, the above information proves that the video is as old as 4 years and the man in the video is not the Chinese Prime Minister.