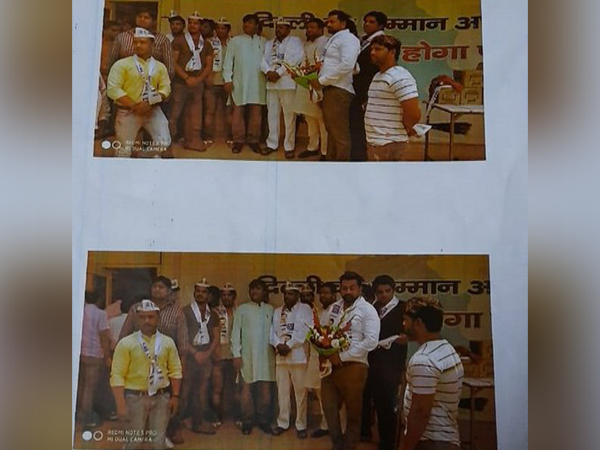 The Crime Branch of Delhi Police on Tuesday revealed that Kapil Gurjar, the man detained for opening fire on February 1 at Shaheen Bagh is associated with the Aam Aadmi Party (AAP) based on photographs recovered from his phone in which Gurjar and his father are seen along with prominent leaders of the party.

The photos recovered from phone of the Kapil show him and his father Gaje Singh with AAP leaders such as Atishi and Sanjay Singh and are allegedly from 2019 on the day when the father-son duo joined AAP.

Confirming that the photos were recovered from Kapil’s phone, DCP Crime Branch, Delhi Police, Rajesh Deo said today, “We recovered the pictures from his phone during the course of the investigation. Kapil has confessed that he and his father joined AAP somewhere between January-February 2019.”

“During the course of the investigation, we identified the route taken by the accused, the motorcycle used by him and also the person who accompanied him to the spot. We also seized the phone, after conducting a raid,” Deo told reporters here.

“Upon analyzing the phone we got to know that all the photos in Whatsapp on the phone were erased. These were then recovered with the help of a technical team, and these photos establish that a year ago Kapil and his father Gaje Singh had joined AAP. These photos were recovered from his phone,” he added.

The DCP further said that Kapil, at the beginning of the investigation, had disclosed the fact that he had joined AAP in 2019, but added that the influence of any politicians on Kapil would become clear only after further investigations.

Kapil, according to the official, had told the Crime Branch that he had brought the pistol almost seven years ago for celebratory firing during his brother’s wedding.

Kapil was detained by police on Saturday following the firing incident and an FIR was registered against him. He had, on February 1, opened fire in the air at Shaheen Bagh, where protests against the Citizenship Amendment Act (CAA) are going on for over 50 days.