A video has been doing rounds on social media with a claim that a Muslim man was dressed up as a Sikh to protest against the Citizenship (Amendment) Act.

NewsMobile fact-checked the above video and found the claim to be false.

We took out the keyframes of the video using InVID took and then put it through reverse Image Search. We found the same video was uploaded on YouTube in 2018.

On further investigation, we found the same video, uploaded on YouTube on Mar 31, 2011. “Sikh Youth’s turban removed 28 March 2011 @ Mohali Stadium Mohali Stadium by a Punjab Police” the title of the video read.

We ran a search using relevant keywords and found a TOI report on the same incident. 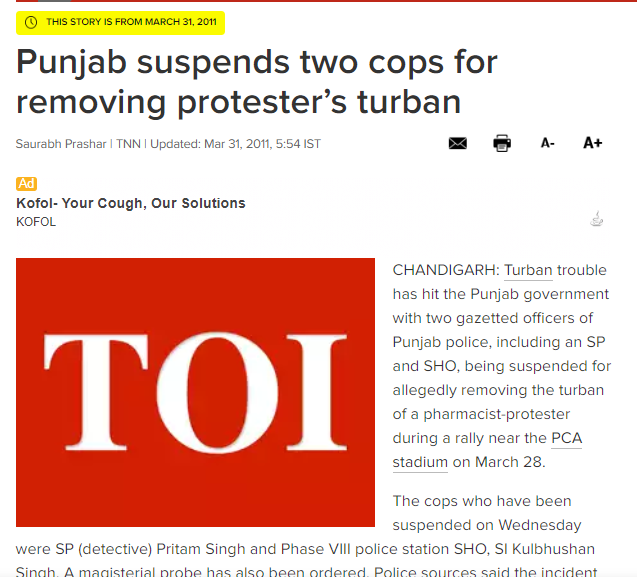 The above information proves that the claim attached to the viral video is false.