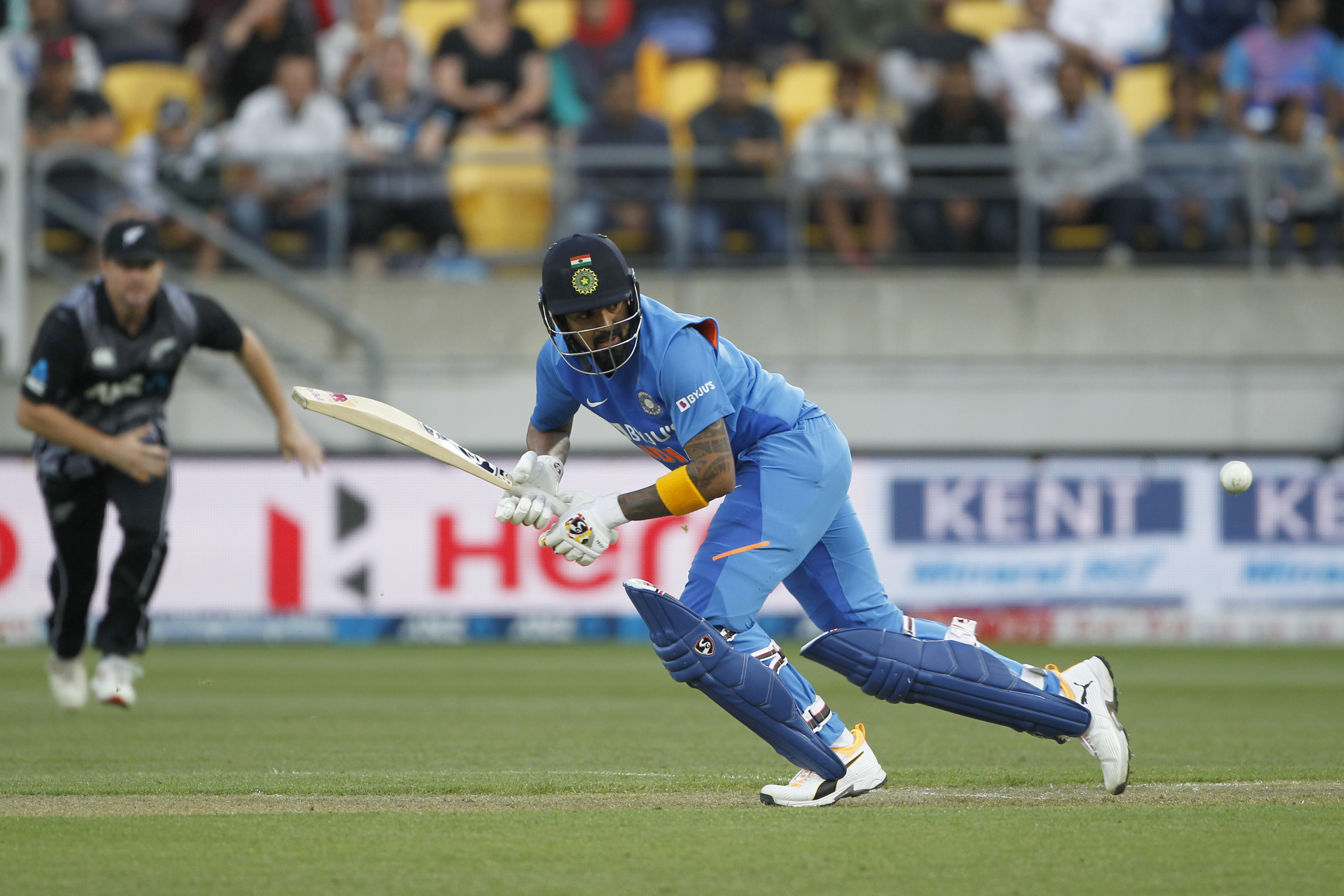 After KL Rahul’s spirited performance in the five-match series against New Zealand, he on Monday attained the career-best T20I ranking.

In the latest ICC T20I rankings, Rahul’s aggregate of 224 runs in the five-match series has lifted him four places to a career-best equaling second place while Rohit Sharma gained three places to reach the 10th, Shreyas Iyer moved 63 places to 55th and Manish Pandey advanced 12 places to 58th are others advancing in the latest rankings update that also includes the Pakistan-Bangladesh series.

On Sunday, India whitewashed New Zealand and became the first team to win a T20I series by 5-0.

There are now three Indians in the top 10 batsmen, as captain Virat Kohli has retained his ninth position with 105 runs from four matches.

The story is similar for the India bowling attack as Jasprit Bumrah has gained 26 places to reach 11th position, Yuzvendra Chahal has advanced 10 places to 30th and Shardul Thakur’s eight wickets in the series have lifted him 34 places to 57th position. Navdeep Saini (up 25 places to 71st) and Ravindra Jadeja (up 34 places to 76th) have also moved up.

New Zealand captain Kane Williamson’s 160 runs in the series have taken him from 23rd to 16th position while Tim Seifert (73rd to 34th) and Ross Taylor (50th to 39th) have also made notable gains in the batsmen’s list. Leg-spinner Ish Sodhi has advanced six places to 13th among bowlers.

For Pakistan, experienced players Shoaib Malik and Mohammad Hafeez have advanced to 45th and 71st positions respectively, after slamming a half-century each in the three-match series.

Babar Azam, the third Pakistan batsman to score a half-century in the series, has retained the top position as well as his aggregate of 879 points.

Left-arm fast bowler Shaheen Afridi has moved up from 72nd to 39th position with two wickets in the series, which the home side won 2-0, with one match abandoned, to retain the top rank in the ICC Men’s T20I team rankings.

Bangladesh opener Tamim Iqbal, who top-scored in the series with an aggregate of 104 runs, has gained 11 slots to reach the 50th position. Al Amin-Hossain is at 51st position among bowlers after gaining 25 places.