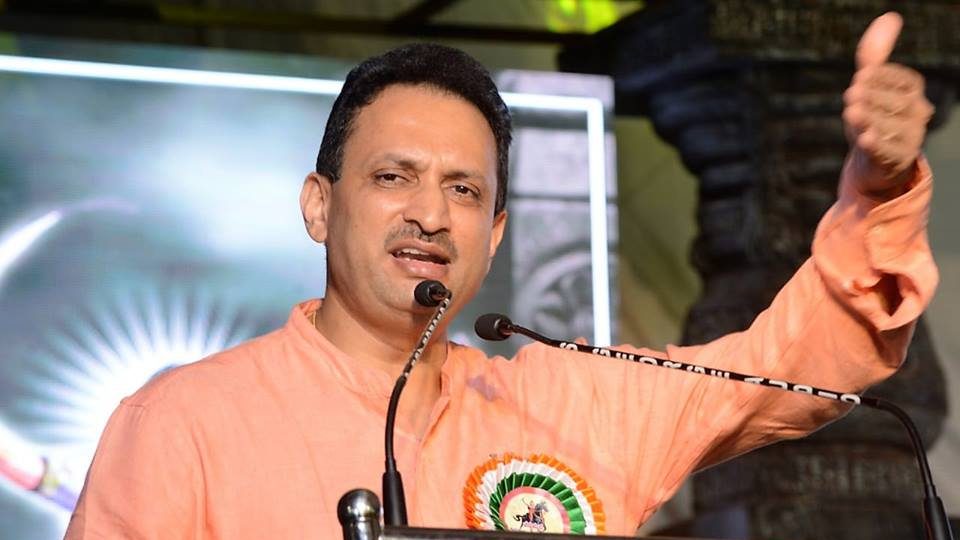 Top leadership in BJP is unhappy with Anantkumar Hegde over his controversial remark on Mahatma Gandhi, party sources said on Monday.

Hegde has been asked to issue an unconditional apology, according to BJP sources.

This comes after Hegde had attacked Mahatma Gandhi by calling the freedom struggle led by him a “drama” and also questioned as to how “such people” come to be called ‘Mahatma’ in India.

“None of these so-called leaders were beaten up by the cops even once. Their independence movement was one big drama. It was staged by these leaders with the approval of the British. It was not a genuine fight. It was an adjustment freedom struggle,” he had said.

Soon after his remark, the Congress condemned it and called BJP MP Anantkumar Hegde “son” of Nathuram Godse, the assassin of the freedom fighter.

Rajasthan Chief Minister Ashok Gehlot condemned the statement saying the BJP has no regard for the Father of the Nation.

BJP MP’s statement is condemnable. BJP leaders can afford to call freedom movement a drama only because they nvr fought for India’s independence & nvr made any sacrifices. Such statements reveal their true mindset that they use Gandhiji’s name just for show & hv no regard for him https://t.co/th9EJbNneU

“Only sons of Nathuram Godse can make such comments on Mahatma Gandhi,” Congress leader BK Hariprasad on Monday said.

BJP leaders too found it difficult to defend Hegde on the controversial remarks.

Senior BJP leader Jagdambika Pal was cautious in his defence and said, “The whole world knows about Gandhi and it may be his personal opinion.”

Whereas senior BJP leaders avoid commenting on Hegde, Union Minister Ashwani Choubey said that Hegde should not have made the comment and added that Gandhi is a well-respected figure in the nation.

Another BJP MP from Haryana Sanjay Bhatia also tried to shy away from making a direct comment and instead said,” Congress did not implement what Gandhi preached. It is Prime Minister Narendra Modi who implemented Gandhi’s teachings in letter and spirit.