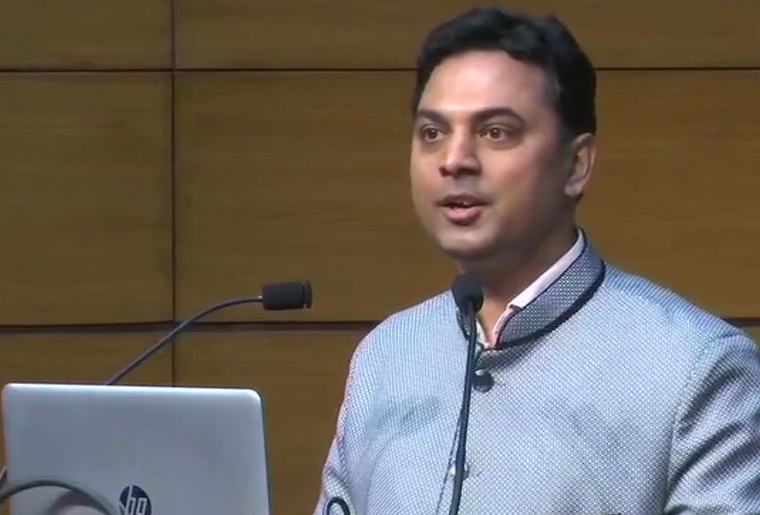 Union Finance Minister Nirmala Sitharaman on Friday tabled the Economic Survey in the Parliament. She will present the Union Budget on February 1.

The Economic Survey is prepared by a panel headed by the Chief Economic Advisor (CEA) Krishnamurthy V Subramanian. The survey has been tabled in both houses of the Parliament. 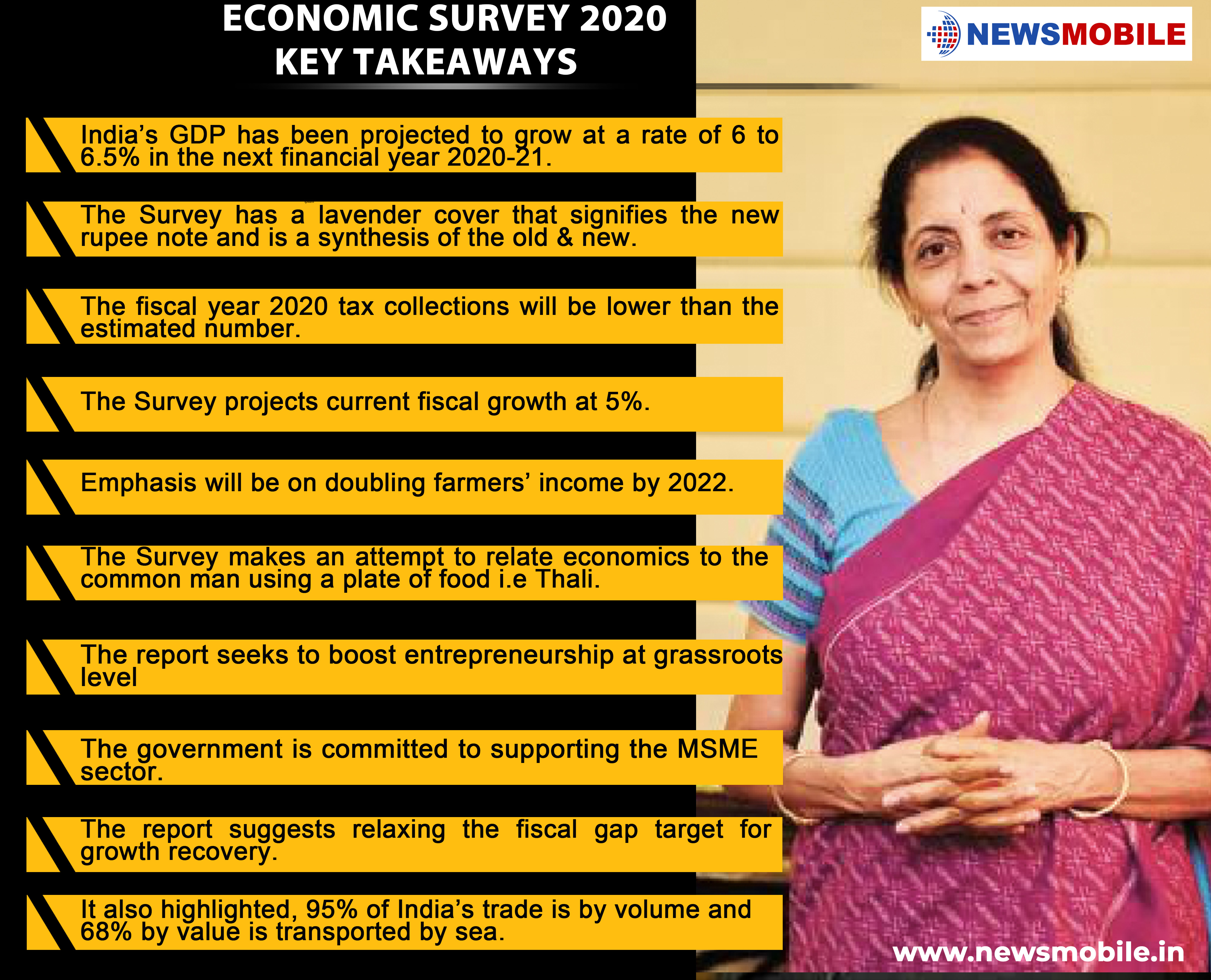 The Economic Survey is a critical document of the finance ministry which reviews economic progress and issues over the past year and delves into the performance of major developmental schemes by the government.

The theme of this year’s Economy Survey is “wealth creation and trust in the economy.”

Here are the key takeaways from the survey:

1. India’s gross domestic product (GDP) has been projected to grow at a rate of 6 to 6.5% in the next financial year 2020-21.
2. The report suggests relaxing the fiscal gap target for growth recovery.
3. The Economy Survey has a lavender cover that signifies the new rupee note and is a synthesis of the old & new.
4. The fiscal year 2020 tax collections will be lower than the estimated number.
5. The Survey projects current fiscal growth at 5%.
6. Emphasis will be on doubling farmers’ income by 2022.
7. The government is committed to supporting the MSME sector.
8. The survey also highlighted that 95% of India’s trade by volume and 68% in terms of value is transported by sea.
9. The Survey makes an attempt to relate economics to the common man using a plate of food which is a Thali.
10. The report also seeks to boost entrepreneurship at the grassroots

The Finance Minister will present the budget on February 1. The budget contains about 10 documents that have to be laid before both the houses of the parliament.