This video of a man beating two women is not from Pakistan; here’s the truth | Newsmobile
Sunday, February 5, 2023

Home NM FACT CHECKER This video of a man beating two women is not from Pakistan;...
ShareTweetGoogleWhatsappPrint
Mail

A video is being shared on social media in which a man is seen beating two women with sticks and claims are being made that the video is from Pakistan where the man is torturing Hindu women. 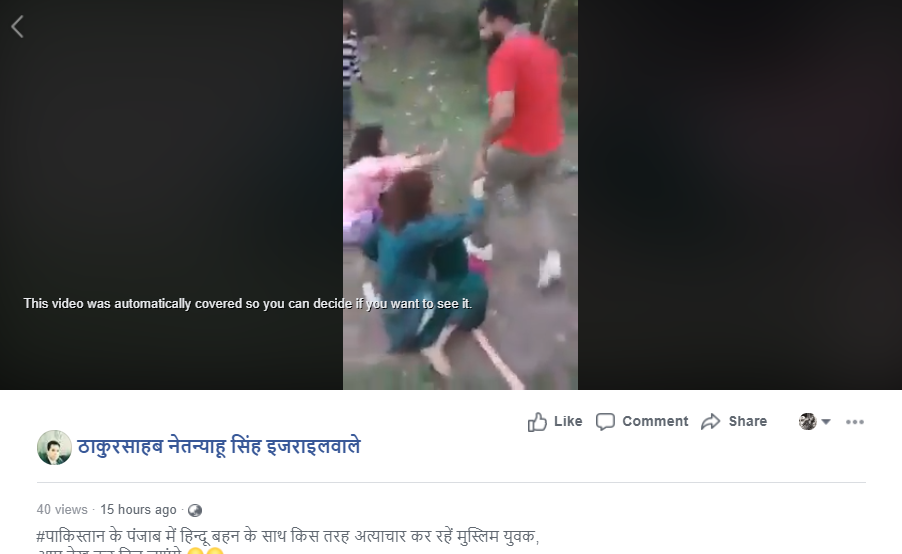 You can see the post here, here and here.

ALSO RED: Woman threw dirty water on CM Kejriwal while he was campaigning?…

We extracted the keyframes of the video and put it through Reverse Image Search, we found that the video was shot is 2018 in Jammu and Kashmir.

We found a tweet by Police Media Centre Jammu, according to which the incident took place in Rajouri district and police arrested the man later on.

J&K Police of Rajouri district managed to arrest main accused wanted in the case of merciless beating of mother – daughter duo, a video of which is also viral on social media from a hideout in Kathua in Mahreen tehsil of Police Station Raj Bagh during the mid- night of today . pic.twitter.com/pFgiF5B1lT

On further investigation, we also found an article by Punjab Kesari dated June 21, 2018, about the same incident.

Hence, the above information proves that the viral video is not from Pakistan.