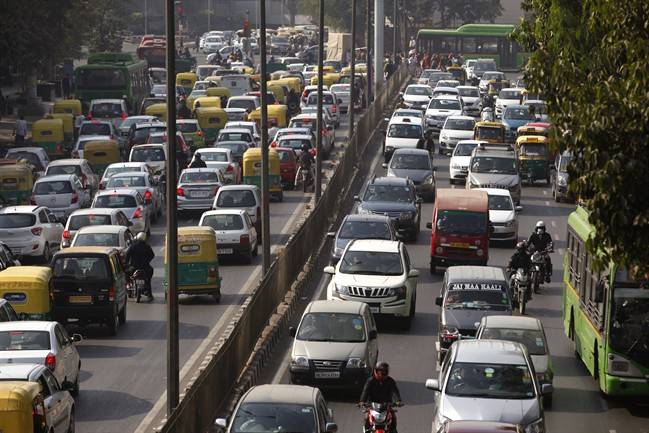 Bengaluru has reported the worst traffic congestion in the world along with Mumbai, Pune and New Delhi in the list of most traffic-congested cities of the world.

The ninth edition of the TomTom Traffic index report 2019, revealed that apart from Bengaluru, Mumbai which has always topped the list, has dropped to the fourth rank and Pune has found a place in the fifth rank and Delhi is at the eighth spot.

The index has measured traffic congestion in as many as 416 cities in 57 countries.

Delhi has also improved its ranking as it was the second most traffic-congested city in 2017 and is now the eighth-most in 2019.

On average, commuters in Bengaluru spend 71% extra time on roads. This in actual numbers means wasting 10 days and 3 hours on roads every year. This is the worst anywhere in the world.

Commuters in Pune wasted 8 days 1 hour due to idling on roads.

During the morning peak hours, a commute in Delhi which normally takes 30 minutes takes 52 minutes and in Mumbai, this takes 24 minutes longer.

In the evening peak hours, Delhi reports a delay of 28 minutes for a trip that normally takes 30 minutes and in Mumbai, this number is 31 minutes of delay.

Friday evening (7-8 PM) is the worst period of congestion in these Indian cities.

The company has said that they get their updates from about 600 million devices that have been installed.

The traffic situation on roads lead to many deaths and injuries and is known to reduce productivity.