Following the death of Basketball legend Kobe Bryant in a tragic helicopter crash, a video of helicopter crash has gone viral on social media which claims to be of the one in which Bryant was travelling along with his daughter and seven others. 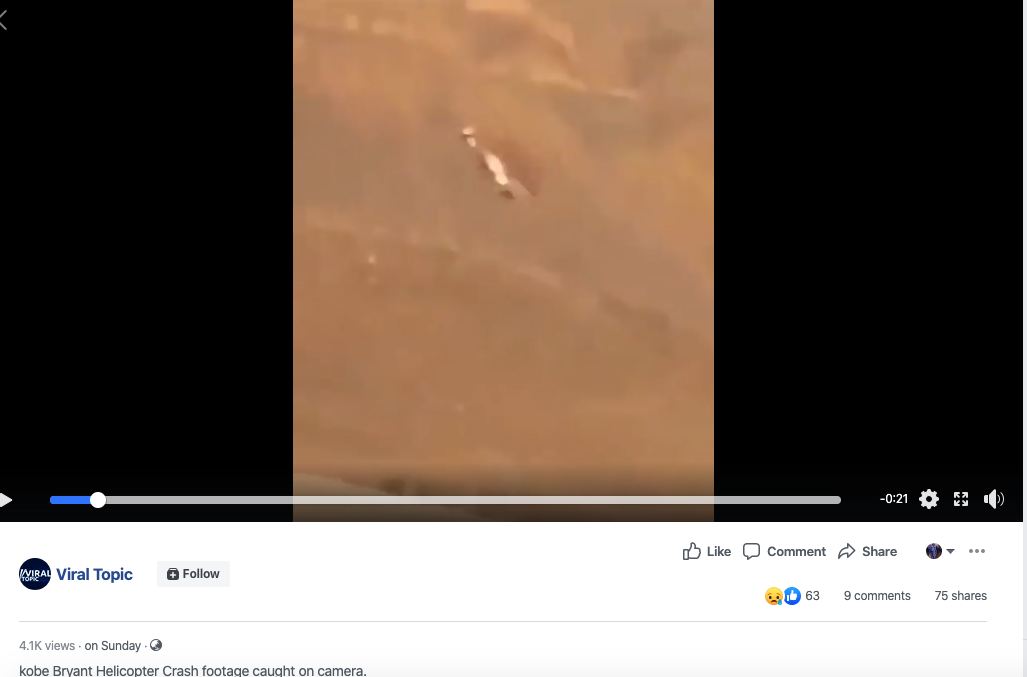 The caption of the video read: “Kobe Bryant Helicopter Crash footage caught on camera.
everyone on board dead.
Condolence to the families for their loss.
Rest In peace SPEECHLESS!!!! R.I.P KOBE AND GIGI”

ALSO READ: Fact Check: This viral video of failed rocket test is not…

The same video was shared on YouTube with the same claim. 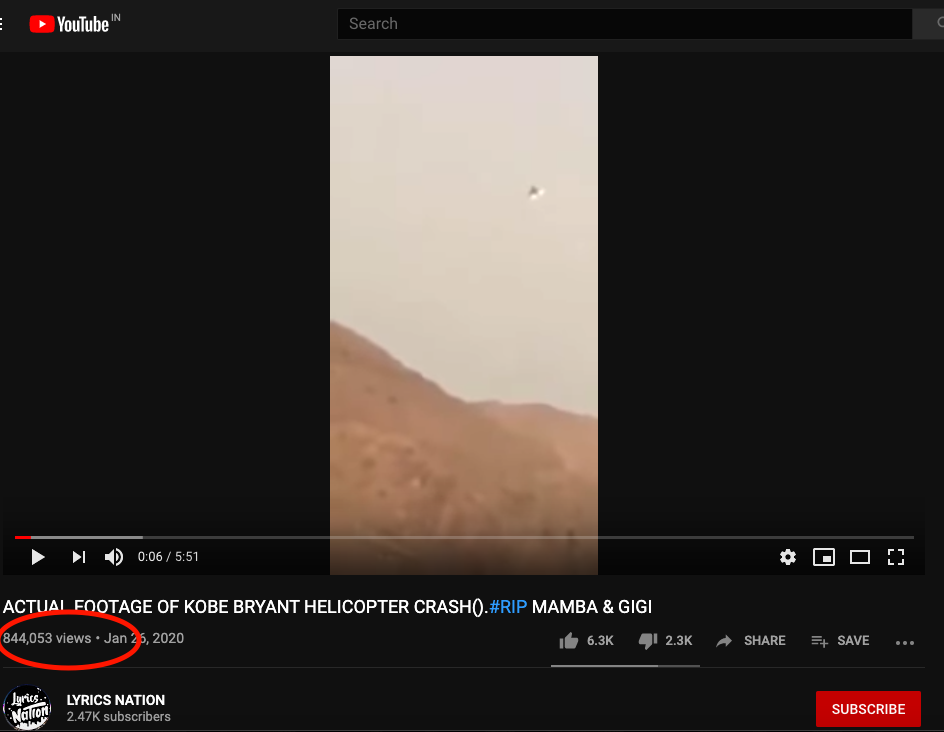 At the time of filing this report, the video on YouTube had over 8 lakh views.

NewsMobile fact-checked the above post and found that the claim attached to the video to be FAKE.

On putting the keyframes of the video through Reverse Image Search, we came across several news reports which featured the video of the same incident but from a different angle. 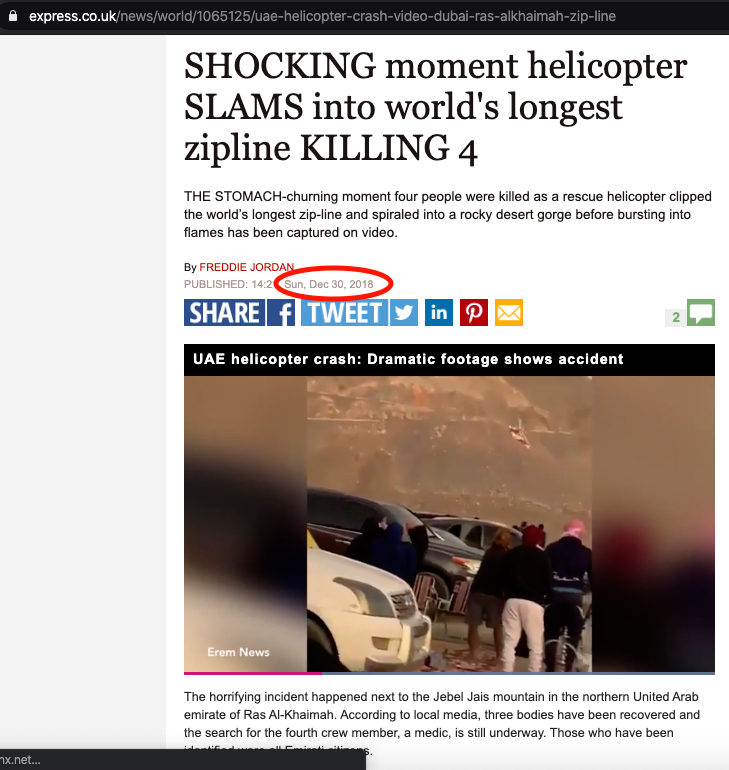 According to the news report by UK’s Express dated December 30th, 2018, the helicopter crash happened next to the Jebel Jais mountain in the northern United Arab Emirate (UAE) of Ras Al-Khaimah. Other reports can be found here, here and here.

On closely comparing the viral video with the video in the news report, it was established that both the videos are from the same incident.

Hence, in conclusion, it is proved that the viral video in circulation is not from the helicopter crash in which Kobe Bryant died.