The Union Health Ministry has set up a 24X7 helpline number to deal with the outbreak of the deadly Novel Corona Virus.

The Number: 011-23978046 will be operational round the clock and on all days, even on holidays. The number will give out information about the virus, guide infected patients to the nearest clinic and much more.

“If you seek any help, you may call to know details about District and State surveillance officers and in case any clinical query connect with Integrated Disease Surveillance Programme (IDSP) Officer”, regarding the number.

The death toll from the mysterious Coronavirus in China skyrocketed to 132 on Wednesday.

Chinese health authorities on Wednesday announced that 6000 confirmed cases of the disease have been reported in 30 provincial-level regions by Wednesday, which is a 30% jump from Monday.

Indian Health Minister, Dr. Harsh Vardhan has said that there are no cases reported in India as of now. He said medically they are prepared and all hospitals have been asked to ready quarantine units.

MEA spokesperson, Raveesh Kumar has tweeted that India has begun the process of evacuation of Indian nationals affected by the outbreak.

We have begun the process to prepare for evacuation of Indian nationals affected by the situation arising out of nCorona-2019 virus outbreak in Hubei Province, China. (1/2)

Our @EOIBeijing is working out the logistics & is in touch with the Chinese govt. authorities & our nationals on this matter. We will continue to share updates. (2/2)

Hong Kong on Tuesday implemented a broad series of restrictions aimed at controlling the spread of the Coronavirus by limiting the number of mainland Chinese travelers entering the territory.

The restrictions include the suspension of high-speed and other train services between Hong Kong and the mainland, a 50 percent reduction in the number of flights, and a ban on tourism visas for many travelers. This was announced by Carrie Lam, the city’s chief executive.

China’s Ministry of Education (MOE) announced that the 2020 spring semester for schools will be postponed due to the coronavirus outbreak.

The virus originated in Wuhan city of China in December and has since spread to various cities around the world.
Thailand has reported 14 cases of infection; Hong Kong has eight; the United States, Taiwan, Australia and Macau have five each; Singapore, Japan, South Korea and Malaysia each have reported four; France has three; Canada and Vietnam have two; and Nepal, Cambodia and Germany each have one. There have been no deaths outside China as of now. 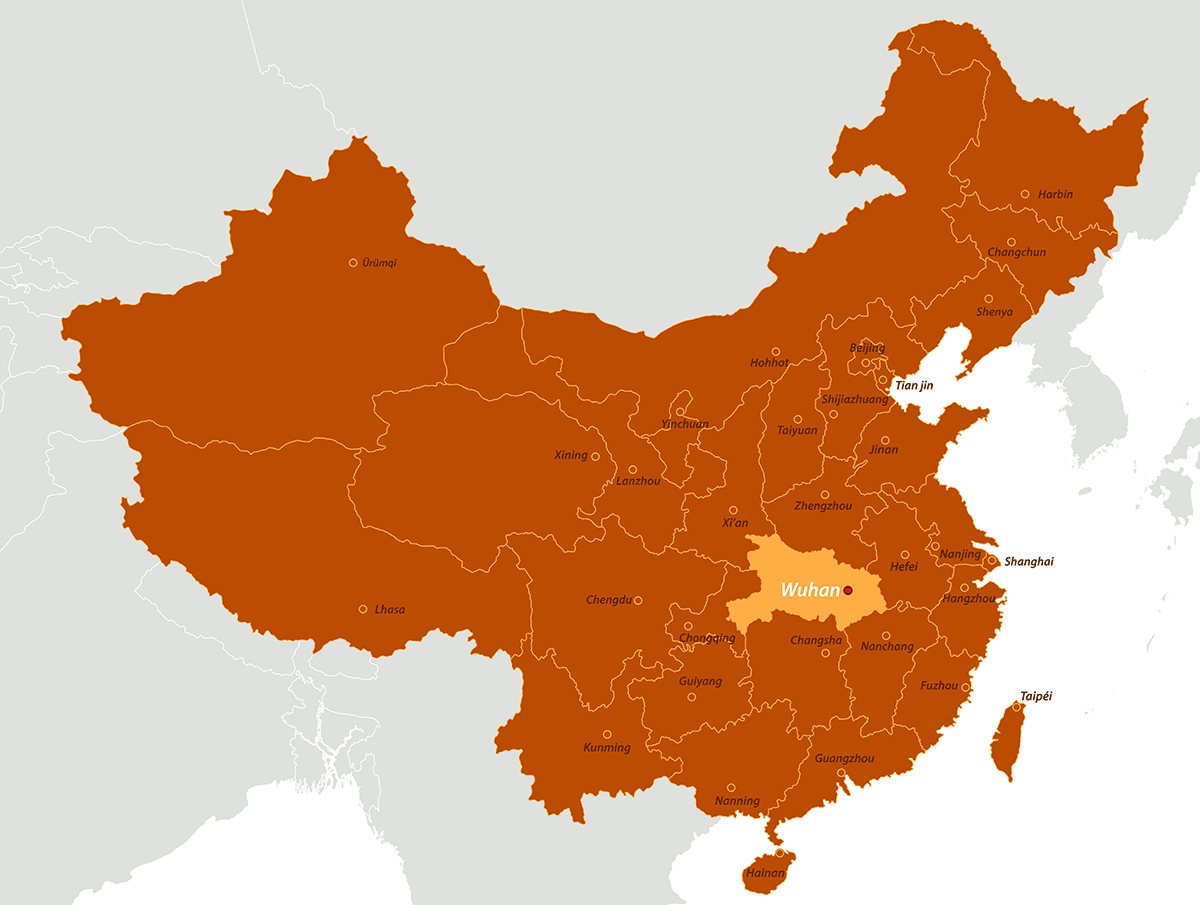 China has imposed quarantine and travel restrictions, affecting the movement of 56 million people in more than a dozen cities, amid fears that the transmission rate will accelerate as hundreds of millions of Chinese travel for the Lunar New Year.

Health authorities around the world are taking action to prevent a global pandemic as the virus continues to spread, with cases reported in Australia, France, the United States and seven Asian countries besides China.

However, the World Health Organisation (WHO) has acknowledged that the respiratory illness, which has been traced to the city of Wuhan, is an emergency in China.