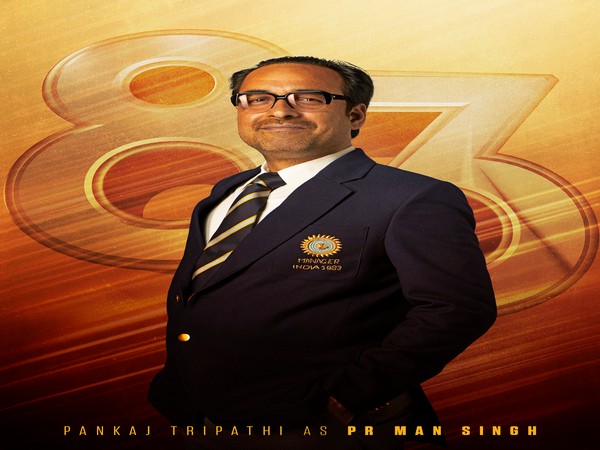 After Completing the 1983 World Cup-winning team for his upcoming film ’83’, Ranveer Singh on Friday shared the character poster of the manager of the team – PR Man Singh – essayed by actor Pankaj Tripathi.

Terming PR Man Singh as the ‘Chief’ and ‘Backbone’ of the team, Ranveer Singh shared his character poster on social media. Tripathi also shared the poster from his Twitter account later.

PR Man Singh is a former cricketer who served as the manager of the Indian cricket team that won the World Cup in 1983.

The sports-drama also stars Deepika Padukone in the lead role opposite Ranveer Singh who will be portraying the role of legendary all-rounder cricketer Kapil Dev.

The movie also features R Badree, Ammy Virk, and Saahil Khattar as the Men in Blue. Helmed by Kabir Khan, the movie is slated for release on April 10.