A picture of a burqa-clad man is doing rounds on social media and it has been claimed that he changed his outfit to be part of women protestors, protesting against the Citizenship Amendment Act (CAA) at Delhi’s Shaheen Bagh. 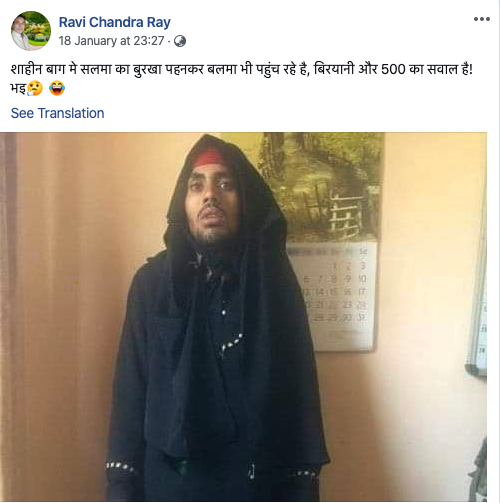 NewsMobile fact-checked the above post and found the claim attached to the picture to be false.

On putting the picture through Reverse Image Search, we came across a news report by NDTV dated October 16th, 2015 which featured the same picture. 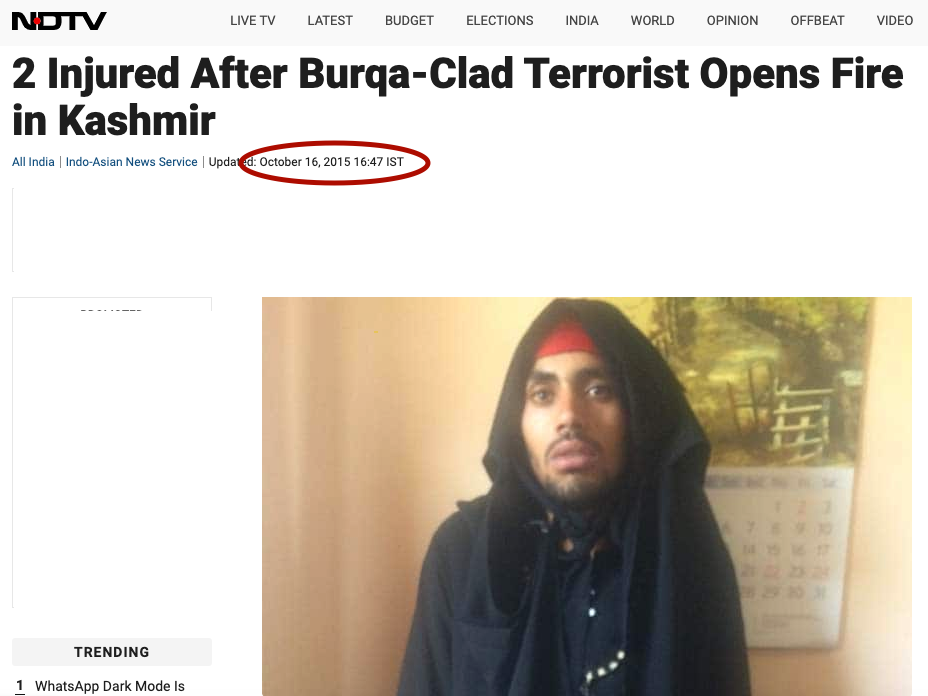 According to the report, the man in the picture is a burqa-clad gunman who opened indiscriminate fire in Jammu and Kashmir’s Pulwama district.

Hence, the above information proves that the claim with the picture is false.