Home Home Slider On the day of his farewell, how an Air force officer saved...
ShareTweetGoogleWhatsappPrint
Mail

Defence personnel always have the interests of the nation ahead of their personal interests. During their training, it is instilled in their blood that the nation comes first, much before their individual interests.

This is exactly what Wing Commander Satyam Kushwaha did, on his very last day at office, when he was in the middle of a farewell reception at the National Security Council Secretariat in Delhi.

A letter written by Commodore Deepak Kumar, Chief Staff Officer (operations) of Southern Naval Command in Kochi, has surfaced, that gives a detailed account of the entire situation and the selfless service provided by the officer, even when he was not on duty.

As per the written letter, dated July 31, 2018, the state of Kerala was witnessing heavy floods and it was fast turning into an emergency situation. Lives and public property were getting massively affected. In particular, the Idukki dam, that had started overflowing because of the incessant rainfall. 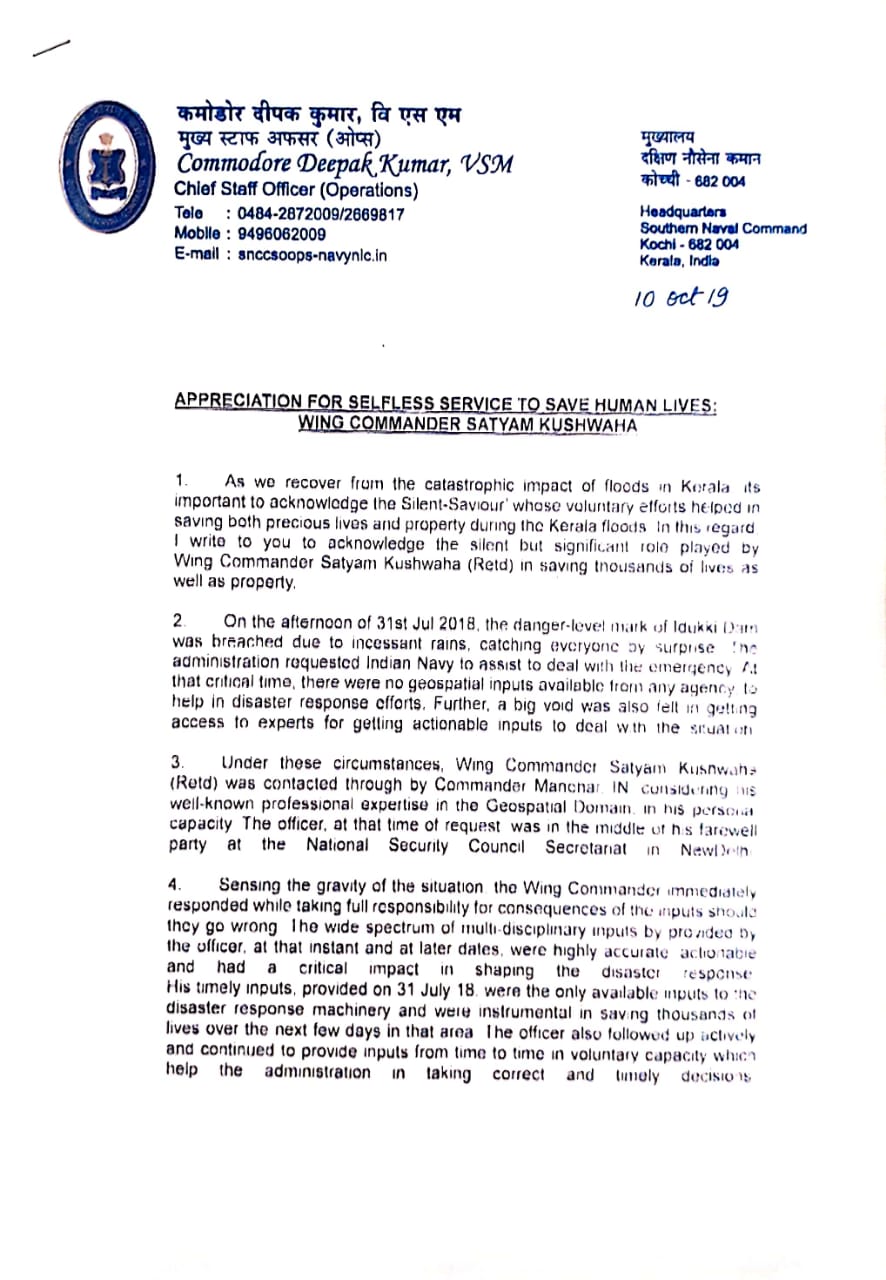 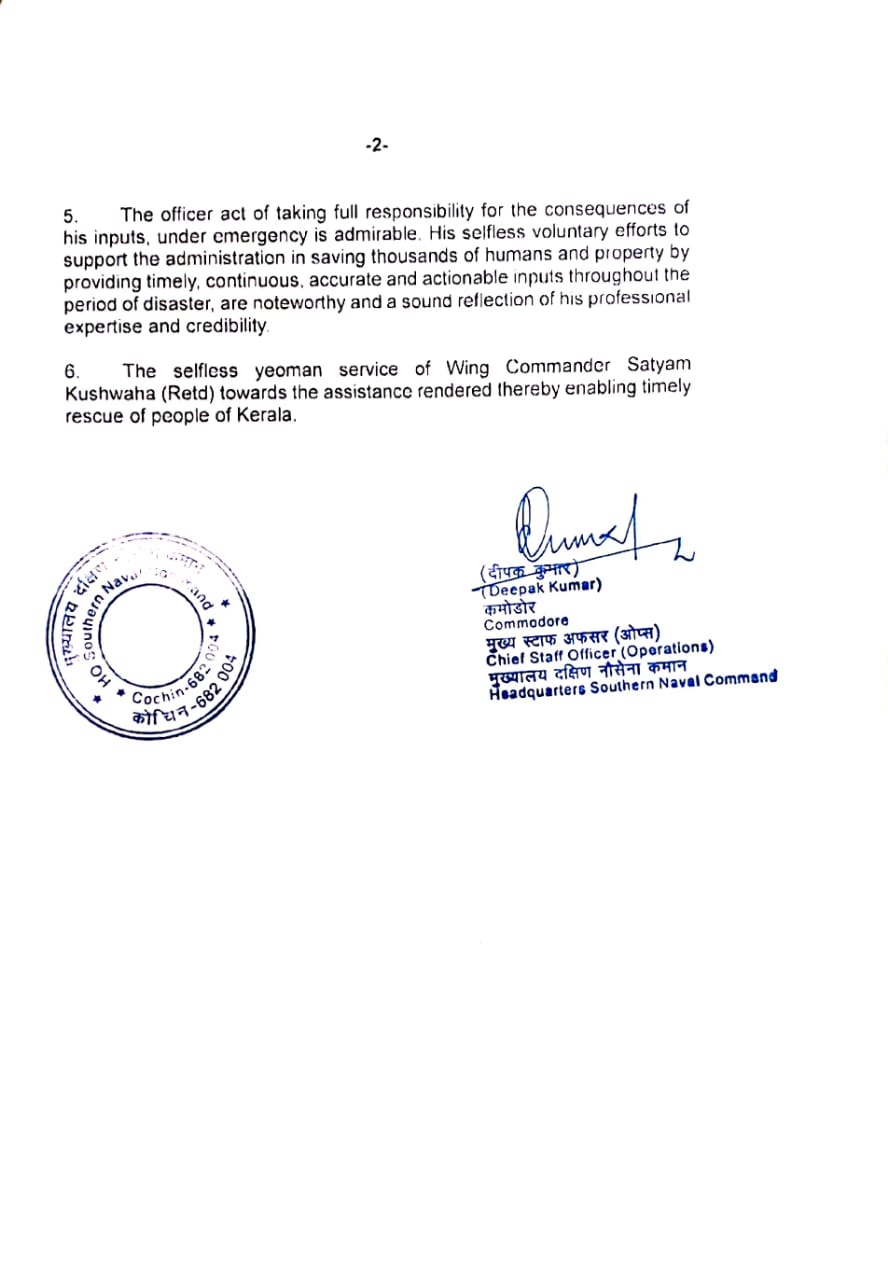 The city administration had requested the Navy to help with the relief operations. However, lack of geospatial data hampered the operations.

It was here that Wing Commander Kushwaha who is also an expert on geo-spatial data was requested to help.

Going beyond the call of duty, the officer left his farewell party and immediately got into the act of studying various inputs.

His timely advice helped the Indian navy in rescuing thousands of people. Even after retirement, the officer continued to follow up on the developments.

This is a fine example of the spirit and ethos of the Indian Armed Forces.