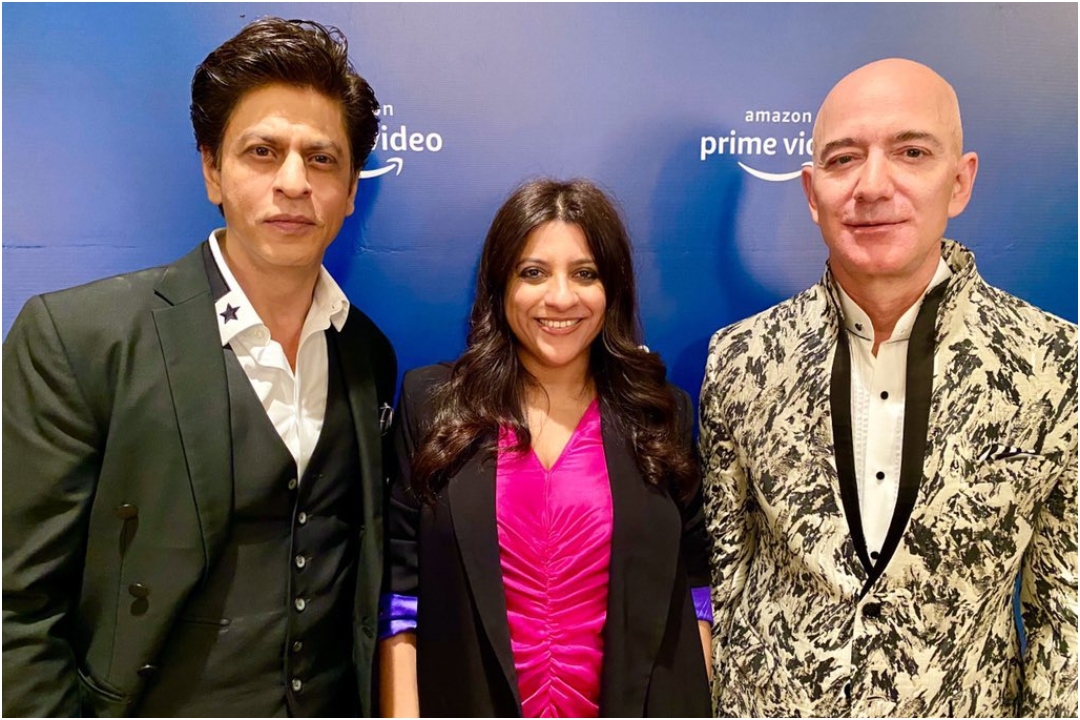 Shah Rukh Khan was recently present at an Amazon Prime event with filmmaker Zoya Akhtar and Amazon founder and CEO Jeff Bezos. Talking to the Amazon founder, Shah Rukh joked he was humble with him only because his last few films did not work.

Speaking with Zoya Akhtar and SRK during an on-stage interaction, Jeff said, ”I was talking to him (gestures towards SRK) backstage and he (Shah Rukh) is one of the most humble people I have ever met.” Shah Rukh was clearly in the mood for humor and was quick to respond with, ”That’s only because my last few films did not work well.”

Lots of fun on stage with @iamsrk and Zoya Akhtar. pic.twitter.com/wdZ2tEsySX

The world’s richest man, Bezos almost choked on the glass of water he was sipping, trying to curb a chuckle. The Amazon boss later shared a clip of the incident. ”Lots of fun on stage with @iamsrk and @zoieakhtar,” he wrote.

During a conversation with Bezos, Shah Rukh revealed that though he orders books and other items on the online shopping portal, he doesn’t feel comfortable ordering his underwear online. ”I have a confession to make… I am still not comfortable in shopping underwear online.. It is a boy thing,” he said.

Shah Rukh also shared that he feels sleeping is a waste of time, and that’s why he doesn’t like sleeping much. ”It’s a waste of life,” he asserted. Asked about women who played an influential role in his life, the actor said: ”There are four.. My mother, my sister, my wife and my daughter.”