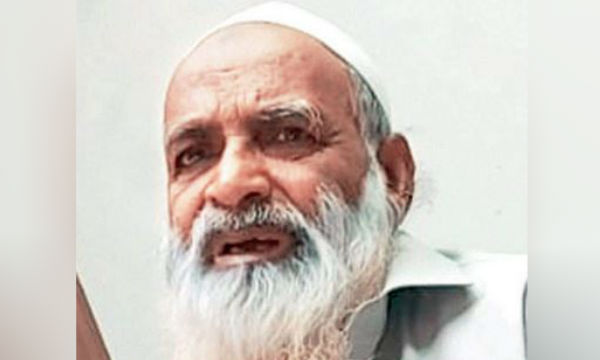 A 68-year-old convict of the 1993 Mumbai serial blasts case, Jalees Ansari, went missing on Thursday morning while being on parole, has been re- arrested by the Uttar Pradesh Police in Kanpur, said OP Singh, Director General of Police.

He said that Ansari was arrested while coming out of a mosque and shall be brought to Lucknow. He termed this as a success for the UP Police.

He is said to have gone missing from Mumbai.

The Mumbai Police on Thursday launched a manhunt to trace Jalees Ansari, a convict of the 1993 Mumbai serial blasts case.

The manhunt was launched after a “missing” complaint of Ansari was lodged by his family members at Agripada Police Station.

Ansari, who is serving life term and was out on parole for 21 days from the Rajasthan’s Ajmer Central Prison, went missing on Thursday morning.

During the parole period, Ansari was directed to visit the Agripada Police Station to mark his attendance every day.

Jalees, who is known as ‘Doctor Bomb’, was allegedly connected with terror outfits like SIMI and Indian Mujahidin and taught terror groups how to make bombs, he said.

He was also questioned by the NIA in 2011 in connection with the 2008 bomb blast in Mumbai, he said.