A picture of Indira Gandhi is being shared online with a claim that during the emergency, Sitaram Yechuri who was at that time president of the JNU student union was beaten by Delhi police and was asked to apologise for protesting against India Gandhi.

” 1975, Emergency. Indira Gandhi enters JNU with Delhi Police and beats CPI leader, Sitaram Yechuri who was at that time president of the JNU students union and forces him to resign and read apology letter for protesting against emergency. This is called Iron Hand dealing with communists. Amit Shah looks saint in front of her” the text read.

We put the image through Reverse Image Search and found an article dated 2016 featuring this image.

“Sitaram Yechury as a student leader in JNU reading the memorandum presented by students on September 5, 1977, to Indira Gandhi, demanding her resignation as chancellor of the university. (HT file photo)” the caption of the picture read. 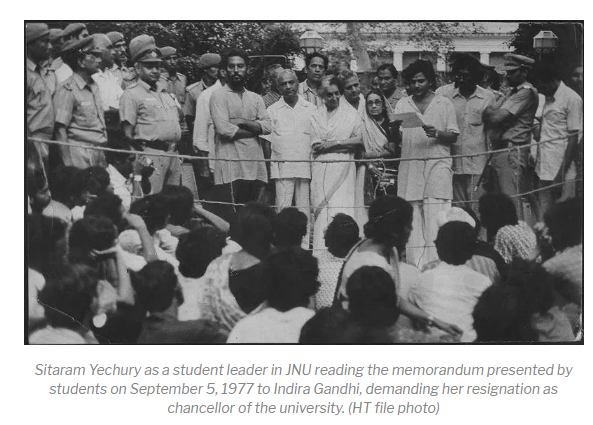 We found the same picture in another article published in the Hindustan Times. 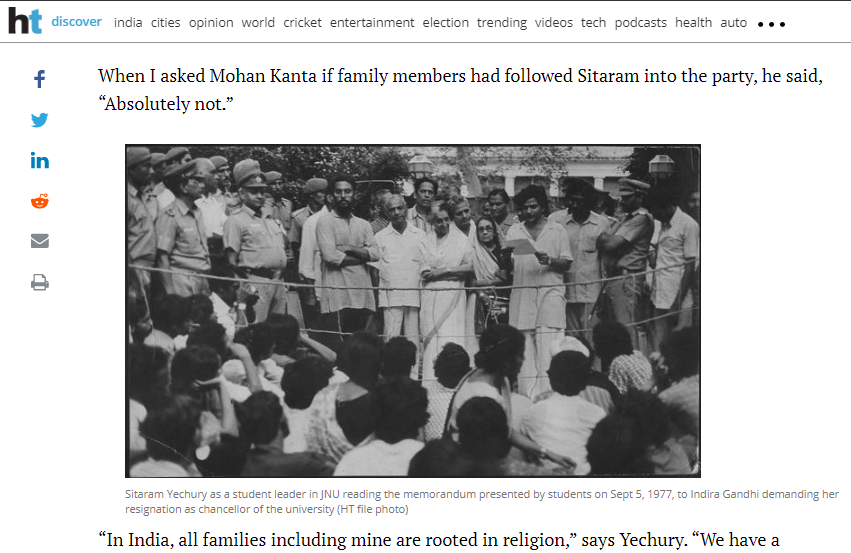 The above information proves that the picture was taken on September 5, 1977, after the emergency ended and claim that Yechury is reading an apology letter is also false.