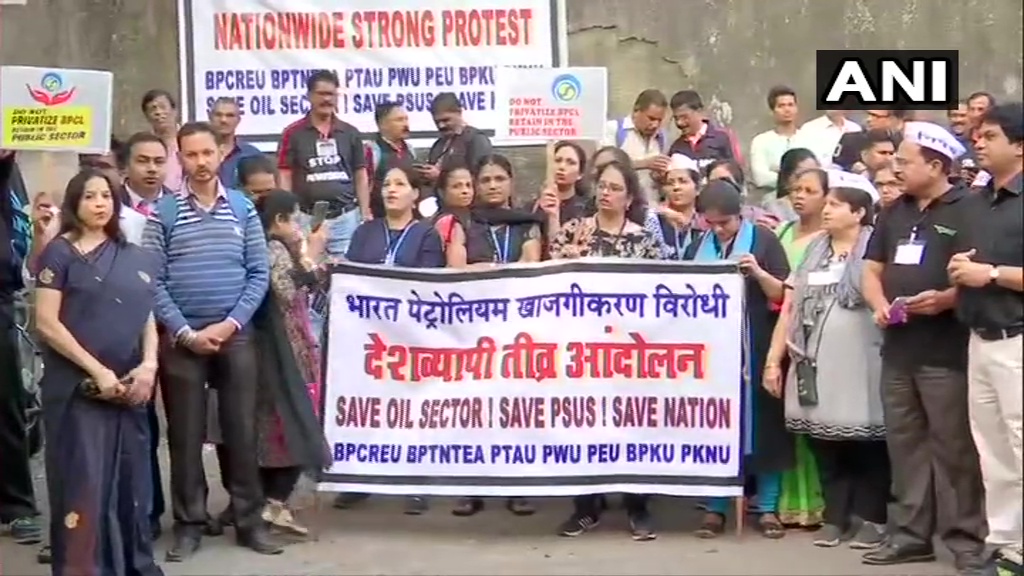 A nationwide day-long strike called by Central trade unions is underway on Wednesday and protesters hit the road across the country.

In West Bengal, road and rail blockades were reported from several parts of the state. Ten trade unions have called the strike against the dissatisfaction with the government’s “policy and action” towards workers.

“It has been over four years since any Indian Labour conference took place. The last meeting with the Group of Ministers was constituted to discuss a 12 point-charter of demands, took place in August 2015. Since then, nothing has proceeded,” the Centre of Indian Trade Unions said in a release.

“The government failing to tackle the crises-ridden economy is busy in privatizing and selling PSUs, natural resources and other national assets which are detrimental to the national interest and national development,” it added.

Various trade unions along with a few federations had adopted a resolution in September 2019 that they will go on a countrywide strike on January 8, 2020.

A joint statement issued by the central trade unions said that nearly 25 crore are expected to join the strike against the “anti-worker, anti-people, anti-national policies of the Government”.

“The Ministry of Labour has failed to assure on any of the demands of workers which called a meeting on January 2, 2020. The attitude of the government is that of contempt towards labour as we construe from its policies and actions,” the statement added.

The unions raised criticised the government over privatisation of major installations such as Air India and decision to sell Bharat Petroleum Corporation Limited (BPCL). They said that the merger of BSNL-MTNL has thrown thousands of people out of jobs. Over 93,000 telecom workers are already thrown out of jobs under the garb of Voluntary Retirement Scheme (VRS), they added.

Merger of banks, corporatisation of 49 defence production units and privatisation of railways are some of the other issues raised by the central trade unions.

A few student organisations have also announced their support to Bharat Bandh against fee hike and ‘commercialisation’ of education.