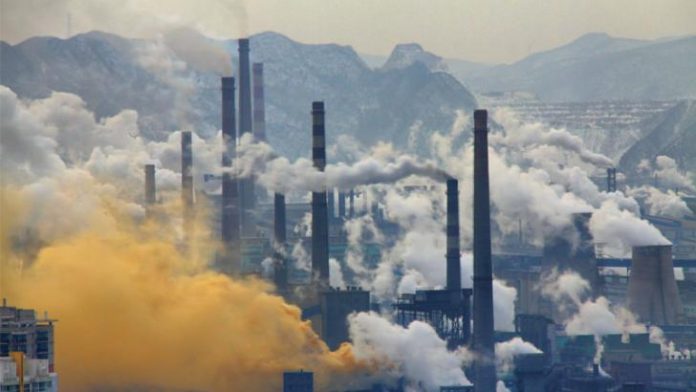 However, recently, a new study in India conducted by the Barcelona Institute of Global Health (ISGlobal), has found an association between prolonged exposure to air pollution and poor bone health, or Osteoporosis. Osteoporosis, globally, is responsible for causing extremely serious and life-altering diseases such as Lupus, Arthritis, and Hyperthyroidism.

ALSO READ: Here is how the food you eat is connected to mental health

According to Science Daily, this new study performed by the ISGloabl and published
in Jama Network Open analyzed the associated between air pollution and bone health in
about 3, 717 people about the age of 35 living in 28 villages around the city of
Hyderabad. The participants were enrolled for the research project between 2009 and
2012 and on average were annually exposed to 32.88 μg/m3 of particulate matter, which
is way more than the safe level of 10 μg/m3 set by the World Health Organization.

The participants were also made to fill a questionnaire on the type of cooking fuel they use
usually. The researchers, to assess the correlation between bone health and air pollution
used a special type of radiography called “dual-energy x-ray absorptiometry” that
measures bone density and bone mass at the lumbar spine and the left hip.

The results of the study showed that while exposure to ambient air pollution was
associated with lower levels of bone mass, there was no clear correlation between weaker
bones and the use of biomass fuel for cooking.

According to one of the researchers, Otavio T. Ranzani, on reflecting upon the
mechanisms underlying this correlation, the “inhalation of polluting particles could lead
to bone mass loss through the oxidative stress and inflammation caused by air pollution”.
On the significance of this study, Ranzani further explains, “[t]this study contributes to
the limited and inconclusive literature on air pollution and bone health”.

Additionally, the coordinator of the study, Cathryn Tonne, notes that these “findings add
to a growing body of evidence that indicates that particulate air pollution is relevant for
bone health across a wide range of air pollution levels, including levels found in high
income and low-and medium income countries”.

While the study had its limitations, it has shed new light on the increasing dangers of air
pollution. At a time when India struggles with air pollution level in its national capital
region and surrounding cities – with levels reaching an all-time high of an AQI above
400, in some cities reaching even reaching 500 in November of 2019, this study acts as
wake up call for our politicians to act quick and put in place measures to reduce air
pollution.