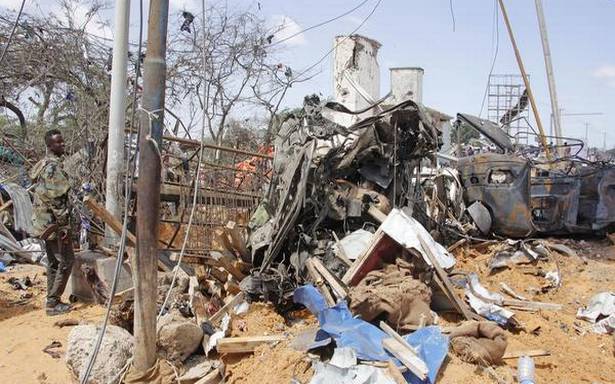 Al Shabab terrorist group has claimed the responsibility for the deadly attack in struck Mogadishu in which over 80 people were killed.

The group has threatened that Al-Shabab would continue attacking Turkish citizens, who he said has invaded the country according to, local media portal Garowe Online reported, citing Al-Shabab spokesman Ali Dhere on Tuesday.

On Saturday, an explosives-laden car detonated on the outskirts of Mogadishu. The death toll at the moment ranges from 78 to over 90 people according to different local officials and media, with at least 125 people reportedly left injured.

Somalia has been embroiled in the conflict since 2011. Al-Sahab was forced out of Mogadishu in 2011 has and since lost most of its other stronghold. It regularly carries out in Somalia and neighbouring Kenya.