Army Chief Gen. Bipin Rawat was on Monday appointed the country’s first Chief of Defence Staff whose mandate will be to bring in convergence in functioning of the Army, the Navy and the Indian Air Force.

According to a government order, Gen Rawat has been appointed CDS with effect from December 31. 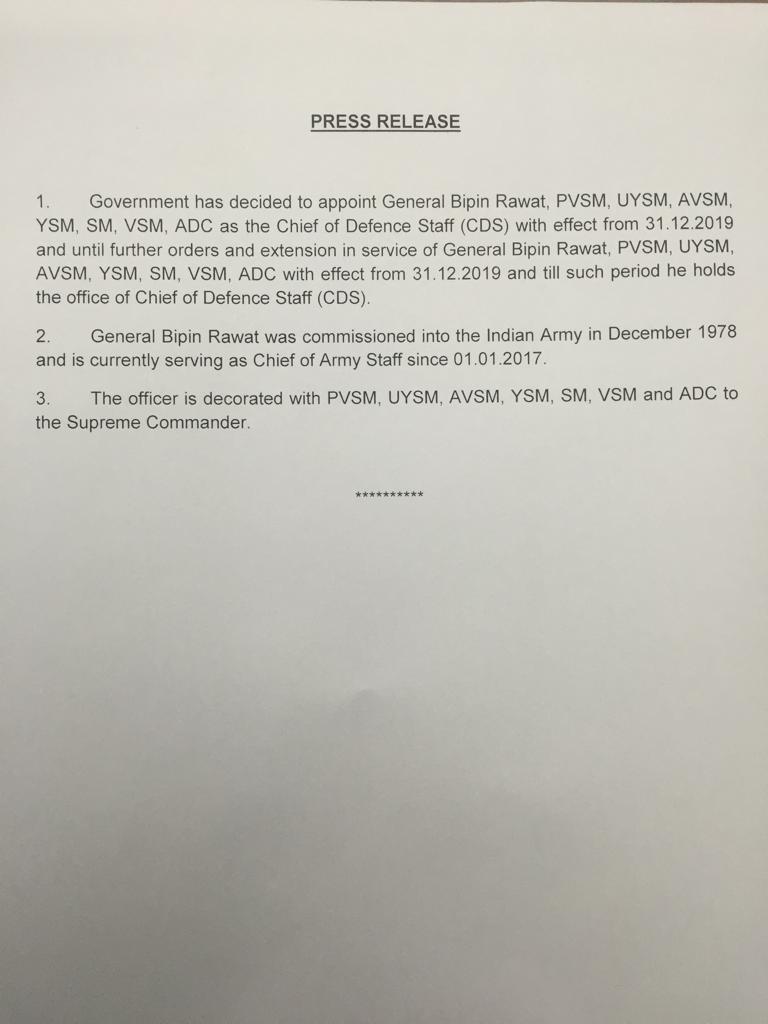 Gen. Rawat assumed charge as Chief of Army Staff on December 31, 2016. He was to retire on Tuesday from the service. Before becoming the Army Chief, he handled various operational responsibilities in many areas, including along the LoC with Pakistan, the LAC with China and in the Northeast.

In a landmark decision, the Cabinet Committee on Security had last Tuesday approved the creation of the CDS who will act as the principal military adviser to the defence minister on all matters relating to tri-services.

A key mandate of the CDS will be to facilitate restructuring of military commands for optimal utilisation of resources by bringing about jointness in operations, including through establishment of joint/theatre commands.

Officials said bringing about jointness in operation, logistics, transport, training, support services, communications, repairs and maintenance of the three services within three years will be another major mandate of the CDS.