A video is doing rounds on social media in which multiple vehicles can be seen speeding and colliding with each other due to poor visibility. It has been claimed that the video is from the Mumbai-Pune Expressway.

The caption of the video read: “Mumbai -Pune express Highway after toll Naka….all be careful while crossing Lonavala sector…too much fog and mist…watch till the end.”

ALSO READ: Muslims being mistreated in detention camps in Assam? Here’s the truth

NewMobile fact-checked the above video and found the claim attached to it to be false.

On putting the keyframes of the video through Reverse Image Search, we came across several news reports which carried the same video. 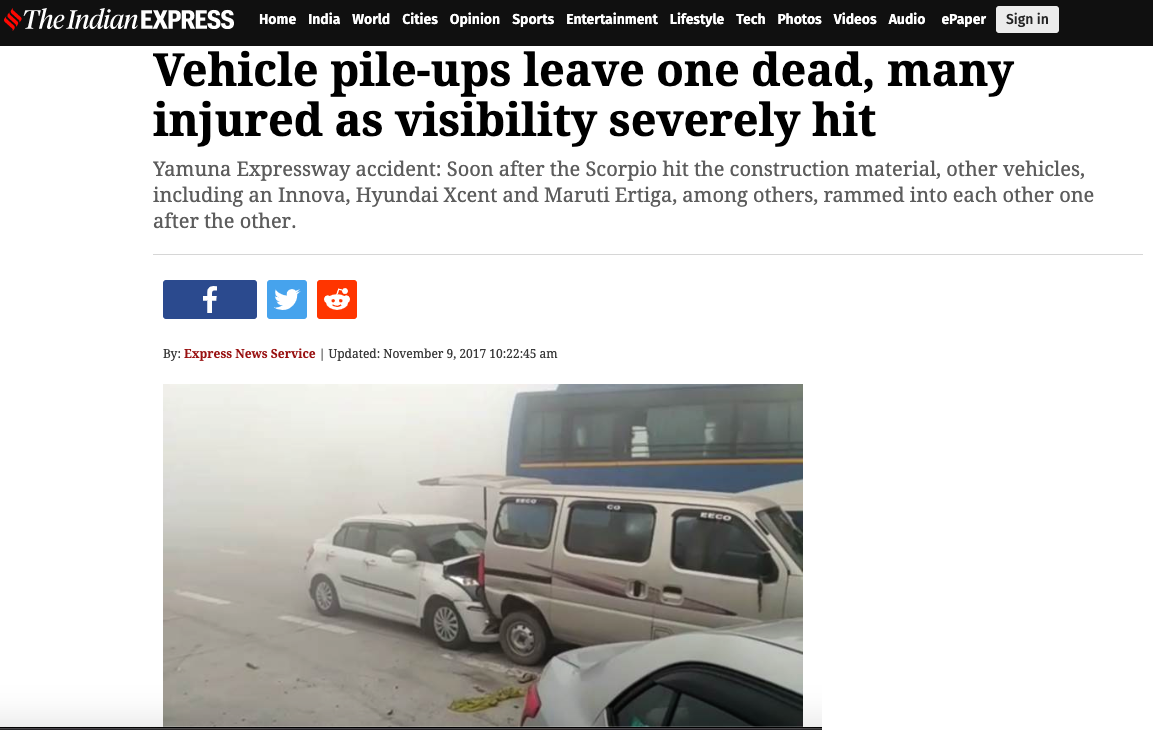 According to reports, the video is from Yamuna Expressway which connects Agra and Greater Noida. The incident took place in November 2017 when around 18 cars rammed into each other due to low visibility.

Hence, the above information proves that the viral video is NOT from Mumbai-Pune Expressway.