Home NM FACT CHECKER This picture is NOT from anti-CAA protest; here’s the fact check 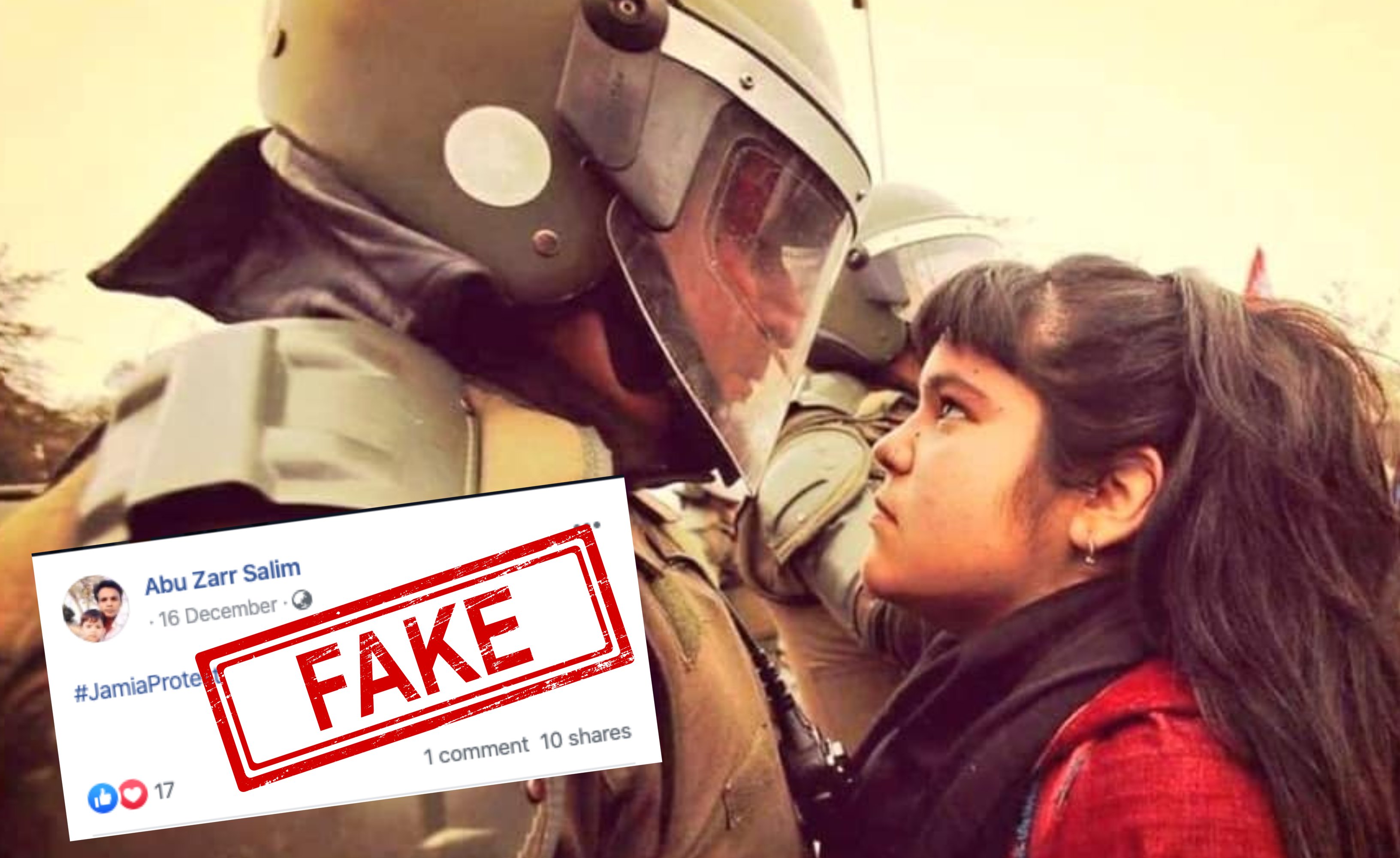 Amid several protests over the recently passed Citizenship Amendment Act, 2019, a picture of a young girl is doing rounds on social media in which she can be seen staring at personnel in uniform. It has been claimed that the picture is from the protest at the Jamia Milia University.

ALSO READ: This picture of an old man is NOT from CAA protest

NewsMobile fact-checked the above picture and found the claim attached with the picture to be FAKE.

On putting the above picture through Reverse Image Search, we came across an article dated December 4th, 2019 in The Sun which featured the same picture. 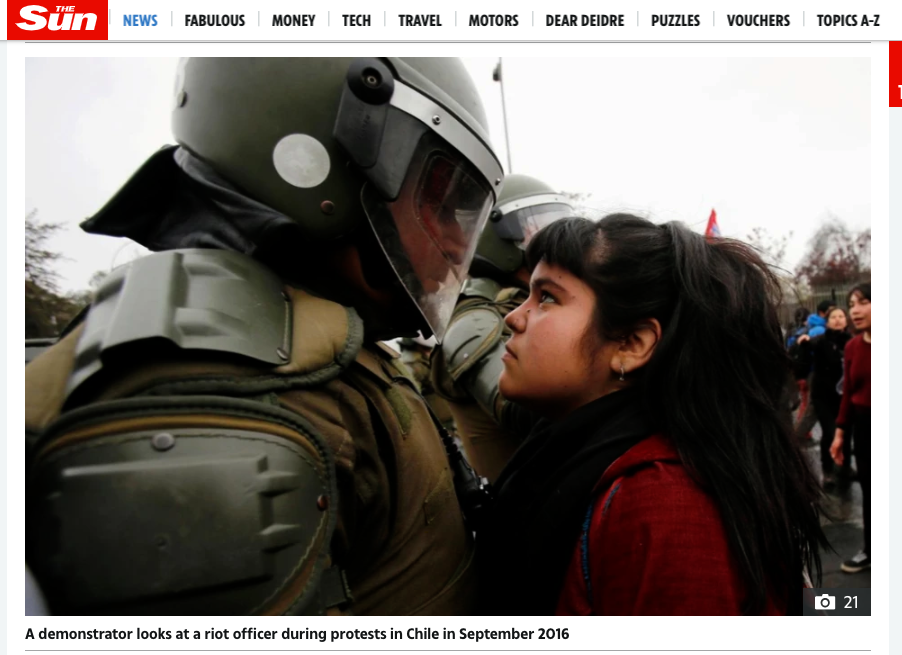 According to the caption of the picture, the above picture is from Chile taken in 2016 during a pro democracy protest in Santiago.