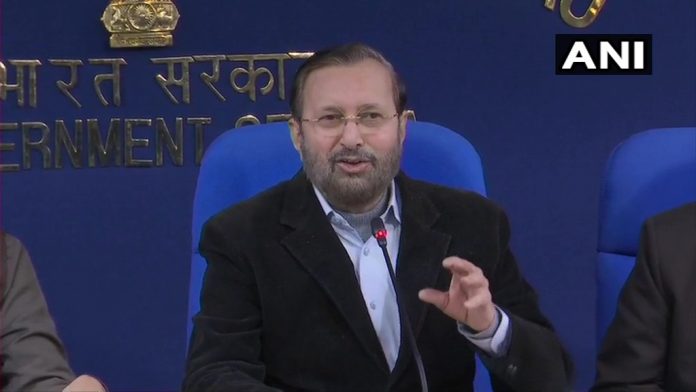 The Union Cabinet on Tuesday approved expenditure of Rs 8,754.23 crore for the exercise of Census of India 2021 and Rs 3,941.35 crore for updation of National Population Register (NPR).

Here are the key highlights of the Union Cabinet briefing.

The Union Cabinet approved the conduct of the Census of India 2021 and updating of National Population Register (NPR).

Briefing reporters about the decisions of cabinet, Information and Broadcasting Minister Prakash Javadekar said no document is being sought and the information will be self-declared.

He said census is held every 10 years and NPR was started during the UPA government. The minister said people will not be required to fill forms and information will be gathered on a mobile app.

Funds to the tune of Rs 627.40 crores have been approved for 10 projects sanctioned during 2018-19 in Swadesh Darshan Scheme.

Prakash Javadekar said the cabinet has approved Rs 4,000 crore for Atal tunnel which is under construction from Manali to Leh which is 80% complete now.

Sources further shared that CDS “will not exercise any military command, including over the three Service Chiefs.

ALSO READ: Cabinet green flags CDS, this is why CDS will be pivotal

Union Minister Piyush Goyal said that the Railway Board will be restructured and redesigned. The new board will be downsized from 8 members to 5 which will include the chairperson, and merging its different cadres into a single Railway Management System.

The Railway Board will no longer be organised on departmental lines, and replaced with leaner structure organised on functional lines, he also added.

Indian Railways will now have only one cadre-Indian Railway Service, instead of the current eight services for various departments including Engineering, Traffic and Mechanical.