Modi govt at war with its own citizens? No, UNESCO made no such declaration | Newsmobile
Sunday, February 5, 2023

Home NM FACT CHECKER Modi govt at war with its own citizens? No, UNESCO made no...
ShareTweetGoogleWhatsappPrint
Mail

As the news and pictures of countrywide protest against Citizenship (Amendment) Act 2019 started coming up, a message also started circulating on social media with a claim that “UNESCO has declared Modi government to be the first Indian government at war with its own citizens.” The post also asks other users to spread the news.

UNESCO has declared Modi government to be the first Indian government at war with it’s own citizens. Spread this if you are a true Indian

We ran a Google search and found no news reports or bulletins supporting the viral claim. 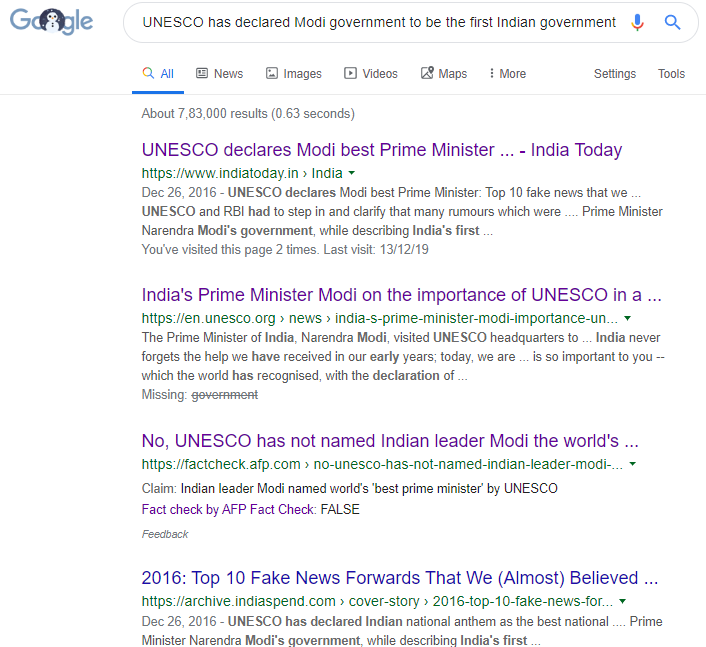 We also went through the website and social media accounts of UNESCO and found no such declaration.

The above information proves that the viral message is fake.