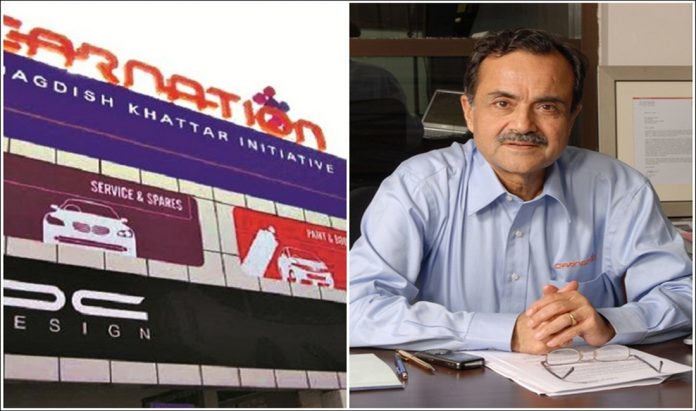 The Central Bureau of Investigation (CBI) has filed an FIR against Director of Carnation Auto India, Jagdish Khattar (former Maruti MD) and the said company (Carnation Auto India) and other unknown private persons under alleged criminal breach of trust, cheating and criminal misconduct.

“It is alleged in the complaint that the accused borrower company with Jagdish Khattar, MD/Chairman/Guarantor and its sister concern namely M/s Khattar Auto India Pvt Ltd, M/s Carnation Realty Pvt Ltd. and M/s Carnation Insurance Broking Company Pvt. Ltd., who are also guarantors applied for the Term Loan of Rs. 170 Crores which was sanctioned by PNB, LCB, Tolstoy House, New Delhi on May 23, 2009, and thereafter further enhanced by Rs. 10 Crores at the request of the accused borrower, however, subsequently restricted to Rs. 110 Crores,” the FIR says.

“Jagdish Khattar, MD of M/s Carnation Auto India Pvt Ltd in criminal conspiracy with unknown public servants of PNB has cheated the bank of the said amount of Rs 110 Crores (approx), as the same has not been repaid and declared as NPA on September 30, 2015 w.e.f June 30, 2012,” the FIR added.

The FIR further claimed the accused borrowers “dishonestly and fraudulently in order to cheat the bank and sold the goods hypothecated to the bank without its permission and diverted the funds thereby causing a criminal breach of trust and cheating causing wrongful loss to the bank and corresponding gain to themselves.