Home Home Slider Cabinet green flags CDS, this is why CDS will be pivotal 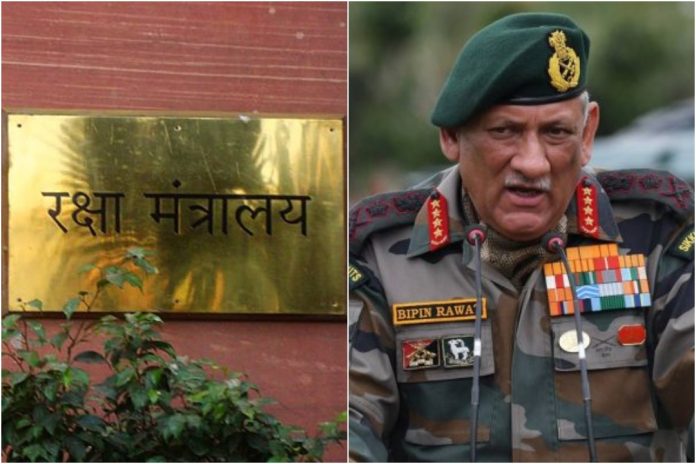 The Cabinet Committee on Security (CCS) has cleared the proposal for creation of the post of Chief of Defence Staff (CDS) and its charter of duties amongst others on Tuesday. This was a part of the military reforms that have been executed.

Who will be the CDS?

It is expected that General Bipin Rawat will be the first CDS. An announcement in this regard is expected.

What will the CDS do?

The CDS will be a first among equals and will ensure better integration of the armed forces and their operations. This is expected to speed up defence procurement and streamline the three forces.

As per the details announced during the Cabinet briefing, Minister Prakash Javdekar said that the CDS will be a 4- star General who will be heading the newly created Department of Military Affairs within the Ministry of Defence. He will be the Secretary of the Department. The CDS can be picked from either of the three forces: Army, Air Force, Navy.

He will be a single point advisor on military matters to the government.

Why will it be pivotal for India’s Military strategy?

This development is expected to assist the nation during modern day wars, which needs to be fought in a unified manner. It is also expected to reduce the delays in defence procurements.

The important Tri-Services command in the Andaman and Nicobar islands will report to the CDS now.

The armed forces have often complained of being side stepped by the bureaucracy in its interests. This will now motivate the defence forces.

How has CDS made a difference globally?

The US with its global footprints has managed to mobilize its armed forces within a short period of time. This was seen during the Iraq war and more recently during the raids that killed the ISIS chief Abu Baghdadi and Osama Bin Laden.

The forces worked together and were able to successfully carry out the operations.

Background to the creation of CDS

This is a long- standing demand of those in the ‘strategic circles’, which was announced by Prime Minister Narendra Modi during his Independence Day speech from the ramparts of the Red Fort on August 15.

The Prime Minister had stated, “Our forces are India’s pride. To further sharpen coordination between forces, I want to announce a major decision from the Red Fort. India will have a Chief of Defence Staff – CDS. This is going to make the forces even more effective,”.

The Cabinet approved the recommendations of a committee headed by National Security Advisor Ajit Doval.

The post of the CDS was felt in many quarters after the initial set back during the Kargil war. The K Subhramanyam Committee report had recommended the creation of the post of CDS in 1999.