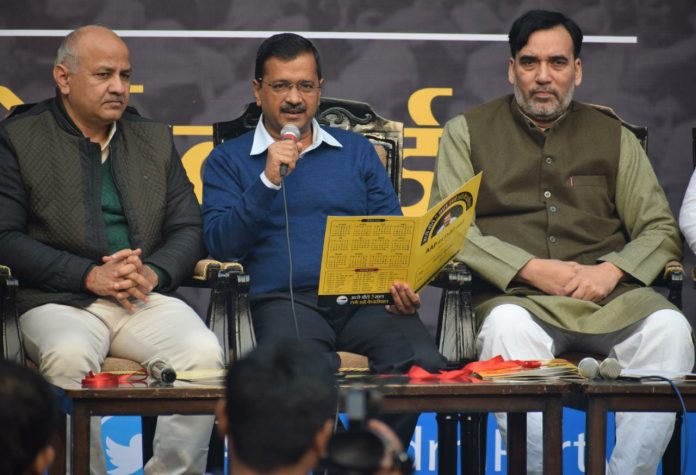 Delhi Chief Minister Arvind Kejriwal on Tuesday released a report card of the work done by his Aam Aadmi Party-led Delhi government in the past five years.

Releasing the report card, Kejriwal said the government had worked on delivering all the promises made to the public with a focus on education, health, electricity and water while being the most honest government in the country.

“It’s a matter of great pride for me to say that Delhi is the only city with 24×7 electricity and the only city to get free electricity upto 200 units. “
–@ArvindKejriwal#AAPKaReportCard pic.twitter.com/dFLsFlcuL0

The AAP will commence its signature door-to-door campaign from December 26. The Aam Aadmi Party won 67 out of 70 seats in the 2015 Delhi Assembly elections.