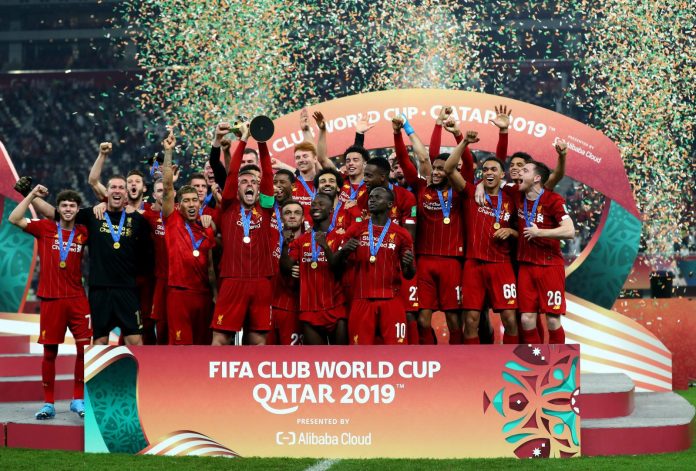 It was Roberto Firmino, who’s goal in the ninth minute of the extra time, wrote Liverpool into FIFA Club World Cup history as the club won the title for the first time, defeating Flamengo 1-0 in a nail-biting encounter in Doha, Qatar.

Neither club was able to score any goal in the opening 90 minutes that witnessed an up-to-mark defence from both sides inside a packed Khalifa International Stadium in Qatar’s capital city of Doha. 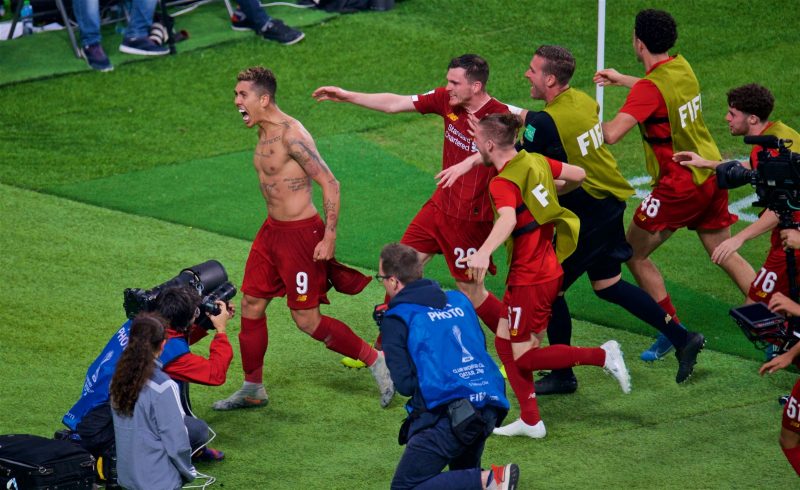 After a shaky opening, Flamengo settled, with both sides well-drilled and looking to nullify the other’s greatest threats. Bruno Henrique was the one who was least contained as the Brazilian side grew into the game, with the 28-year-old a fulcrum for much of what they did to threaten the European champions.

While the game had ebbed and flowed engrossingly, once again it was Liverpool who almost started a half with a bang. For the second time it was Firmino, flicking the ball smartly over Rodrigo Caio, before volleying onto the inside of the post.

ALSO READ: Honored to be nominated for 2019 FIH Hockey Stars Awards: 19-YO Lalremsiami

Flamengo replied, pouncing on an error by Alexander-Arnold to see Gabigol draw a low save out of Alisson. Both sides prodded and pried with the hope of teasing open a clear chance, but neither could unlock the door.

Finesse was tossed aside for brute strength when, with extra-time looming, Jordan Henderson hit a thunderous, curling drive from 25 yards, only to force a largely-unchallenged Diego Alves to pull a save out of the top drawer.

Once into the additional 30 minutes, Firmino finally broke the deadlock. A sublime pass by Henderson released Sadio Mane, who cut the ball across to his Brazilian strike partner. He coolly shimmied onto his right, leaving himself an unguarded net to fire into. It proved enough, becoming a goal that will go down in Liverpool folklore.

Liverpool last won the Champions League 2018/19 and are currently at the top of the premier league standings.