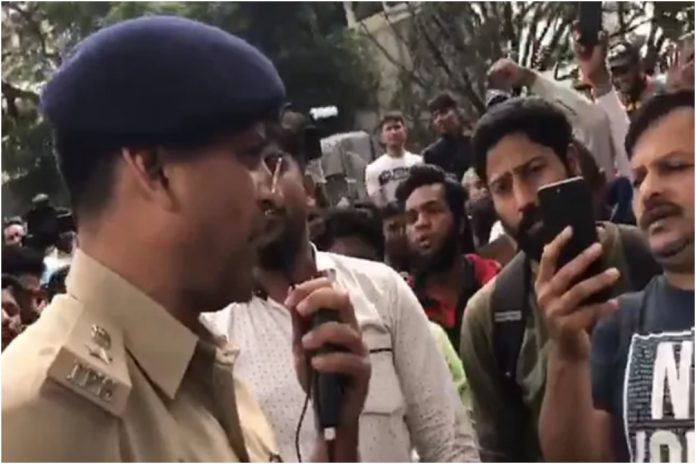 In a unique way to convince protesters at Town Hall to leave the place and end their protest, DCP of Bengaluru (Central), Chetan Singh Rathore on Thursday sang national anthem over the public address system, making all protester rise up from their place, who later agreed to culminate the agitation.

The noble act of the police has won hearts on social media.

#WATCH Karnataka: DCP of Bengaluru(Central),Chetan Singh Rathore sings national anthem along with protesters present at the Town Hall in Bengaluru, when they were refusing to vacate the place. Protesters left peacefully after the national anthem was sung. #CitizenshipAmendmentAct pic.twitter.com/DLYsOw3UTP

Incredibly heartwarming. But the problem is that this incident will be highlighted as the “face of peaceful protests” to cover up for the stoning, assault and Iyn**ing attempts of security forces by vio**nt mob at other places.

As a precautionary measure, Section 144 was imposed in several parts of the state, including Hubli, Bengaluru and Dakshina Kannada, in view of widespread protests across the state.

The CAA, which is the main reason of the violent protests across the country, seeks to grant Indian citizenship to refugees from Hindu, Christian, Sikh, Buddhist and Parsi communities fleeing religious persecution from Pakistan, Afghanistan, and Bangladesh, and who entered India on or before December 31, 2014.