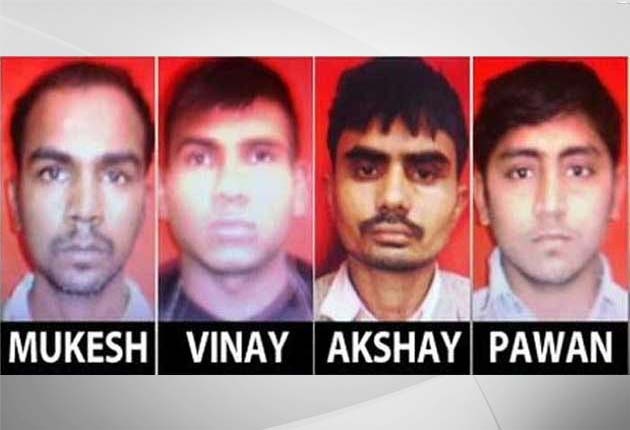 Delhi Court directs Tihar Jail authorities to issue a fresh notice for one week to convicts. They now have one week to file the mercy petitions. The next date of hearing is January 7, 2020.

Supreme Court rejects the review petition of Akshay Kumar Singh, one of the convicts in the 2012 Delhi gang-rape case.

The SC order said that we have considered all judgments relating to the review jurisdiction.

A three-judge bench of the Supreme Court heard on Wednesday plea of a convict seeking review of the court’s earlier judgment upholding his death penalty in the Nirbhaya gang rape-and-murder case.

Asha Devi who is the mother of 2012 Delhi gang-rape victim told news agency ANI “I am very happy,” after SC rejected the review petition of the convict.

The new bench was constituted to hear Akshay Kumar Singh’s review petition after Chief Justice of India, SA Bobde, on Tuesday recused himself on personal grounds from a bench, which also comprised Justices R Banumathi and Ashok Bhushan, from hearing the case.

Justice SA Bopanna has replaced the CJI in the new bench.

Notably, Justices R Banumathi and Ashok Bhushan were part of the court’s bench which rejected the review petitions of other three convicts in the case.

Akshay had moved the court seeking review of its 2017 verdict which had upheld the death penalty awarded to him and three others in the case. Singh has sought modification and leniency in the sentence.

In May 2017, Mukesh, Akshay, Pawan and Vinay had knocked the doors of the apex court against a Delhi High Court order which confirmed the capital punishment awarded to them by the trial court in September 2013. The top court also upheld their death penalty.

In a voluminous judgment, the bench of the top court had held the attitude of offenders as “bestial proclivity” and said, “It sounds like a story from a different world where humanity is treated with irreverence.”

Subsequently, the three convicts besides Akshay sought review of the judgment but it was dismissed.

They are facing the gallows for rape and murder of a 23-year-old paramedical student in a moving bus on the night of December 16, 2012.

Besides four convicts, prime accused Ram Singh had committed suicide in the Tihar jail during the trial of the case. Another accused appeared was a minor and appeared before a juvenile justice court.