Home NM FACT CHECKER Assam CM escaping from his house due to CAB protest? Here’s the...

Amidst the ongoing protests in Assam against the Citizenship (Amendment) Act, a picture of the state’s Chief Minister, Sarbananda Sonowal, is being shared online which a claim that he had to escape from the rear exit of his house because of the agitation.

NewsMobile fact-checked the viral post and found the claim to be fake.

The viral picture had the logo of ‘Prag News’ on the top right corner. So, we ran a search using relevant keywords on YouTube and found a video with a similar thumbnail.

The video uploaded by Prag News on their YouTube channel on May 1, 2019, was titled, ‘ “Assam has never seen such CM” – Siddhartha Bhattacharya’.

As per the description of the video, it was taken when Assam CM Sarbananda Sonowal was on an inspection of the Zica project in Guwahati, which will provide clean drinking water to Guwahatians.

The viral picture is a screengrab of 1:36 min of the video. 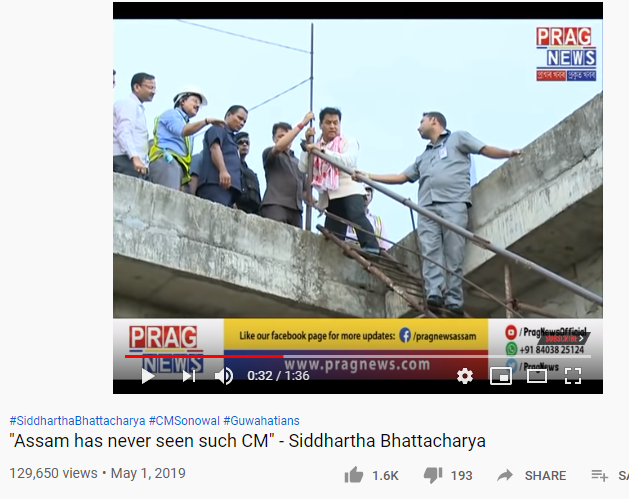 This proves that the viral picture is not related to the ongoing protests against CAB and hence the claim is false.