Following the passage of the Citizenship Amendment Bill 2019 in both houses of the Parliament, a video is making rounds on social media in which people can be seen crossing over a huge bam fence.

It has been claimed that immigrants from Bangladesh are illegally crossing over to India after the passage of the bill. 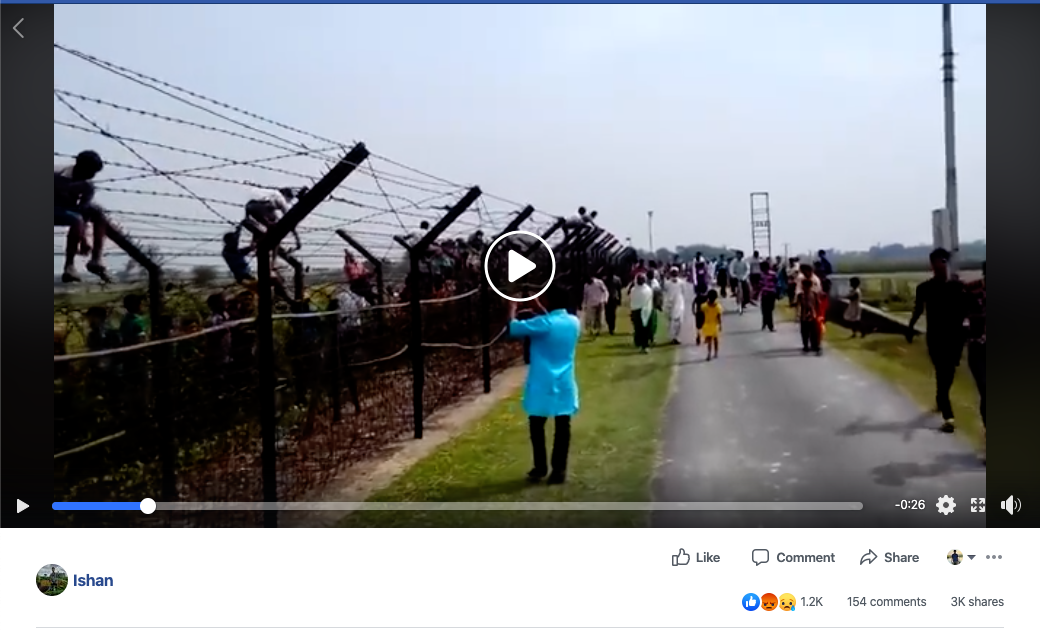 The caption with video read: “Bangladeshi coming towards Assam. Please say No cab”

At the time of filing this report, the above video post was shared by over 3,000 Facebook users.

This is across India Bangladesh border tight now in #Assam, unconfirmed!pic.twitter.com/mcBvSYe83E

After Passed #CAB at Lokshoba then all Bangladeshi Hindus are Coming to India without permission. #ShameGovt#ShameBJP#ShameCM#AssamIsNotADustbinOfBangladeshis#SayNoCAB pic.twitter.com/CAp7YX3dLl

When NewsMobile fact-checked the above posts, we found the claim attached to the video to be FAKE.

On putting the keyframes of the video through Reverse Image Search, we came across a news bulletin by News Nation which was posted on their official YouTube channel on January 22nd, 2019 which features the same video.

On digging further, we came across the same video on YouTube which was uploaded on May 20th, 2015.

The title of the video read, ‘Aboidho probes (Bangladesh to India) and in the caption “Milon Mela 15/04/2015” was written.

In conclusion, though we couldn’t verify the origin of the video, it is certain that the video is old and it is nowhere related to Citizenship Amendment Bill 2019.