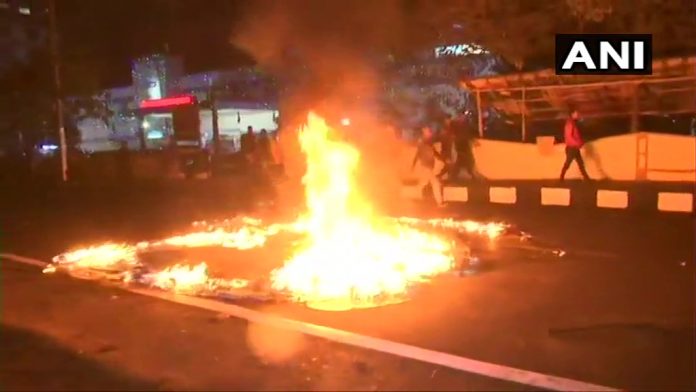 Curfew was imposed in Assam’s Guwahati and Dibrugarh for an indefinite period amid violent protests against the Citizenship (Amendment) Bill, a senior police official said.

The curfew in Guwahati, which was imposed at 6:15 pm, has been extended till indefinite period, Assam Police Additional Director General (Law and Order) Mukesh Agrawal told newswire PTI.

ALSO READ: The Citizenship (Amendment) Bill 2019: Everything you need to know

“We will periodically review the situation and take the decision to lift it accordingly,” he added.

Earlier, Assam Police Director General Bhaskar Jyoti Mahanta said the curfew will be in place till 7 am on Thursday.

In Dibrugarh, curfew was imposed on Wednesday night and will be in force till further orders, Deputy Commissioner Pallav Gopal Jha said.

The Army was deployed in four districts to stop the protests.

The Army has also been deployed in Tinsukia and Dibrugarh districts, officials sad.

Tens of thousands of protesters against the CAB descended on the streets of Assam, clashing with police and plunging the state into chaos.

Though no party or student body has called a shutdown, protesters, a majority of them students, fought pitched battles with security forces in the restive state, including in front of the secretariat, the seat of the BJP government.

The Citizenship (Amendment) Bill, 2019, which has already been approved by Lok Sabha and Rajya Sabha, proposes to give citizenship to Hindus, Christians, Parsis, Jains, Budhists and Sikhs facing religion persecution in Pakistan, Bangladesh and Afghanistan.