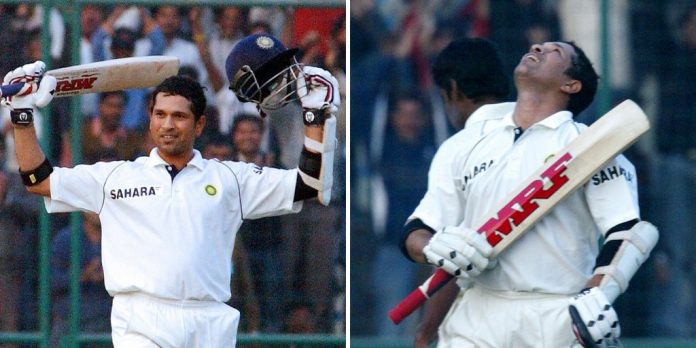 December 10, 2005, was the day when legendary batsman Sachin Tendulkar broke Sunil Gavaskar’s record to become the leading centurion in the longest format of the game.

Tendulkar slammed his 35th hundred in Test, surpassing the milestone against Sri Lanka in Delhi. Master Blaster, went on to score 109 runs against the Islanders in the first innings.

The then 32-year-old smashed 14 fours and one six to register the score of 109 runs.

India had won the match by 188 runs after bundling out Sri Lanka in both the innings.

Tendulkar is still the leading centurion in Test cricket having smashed 51 hundred in his Test career.

The 46-year-old made his debut for India at the age of 16 in 1989. He aggregated 34,357 runs across formats, which is 6,000 runs more than the second-placed former Sri Lanka cricketer Kumar Sangakkara.

Regarded as one of the greatest batsmen ever, Tendulkar holds the record of being the highest run-scorer of all time in international cricket, having notched up 18,426 runs in ODIs and 15,921 runs in Test matches.

He is now a mentor to the Mumbai Indians in the Indian Premier League (IPL).