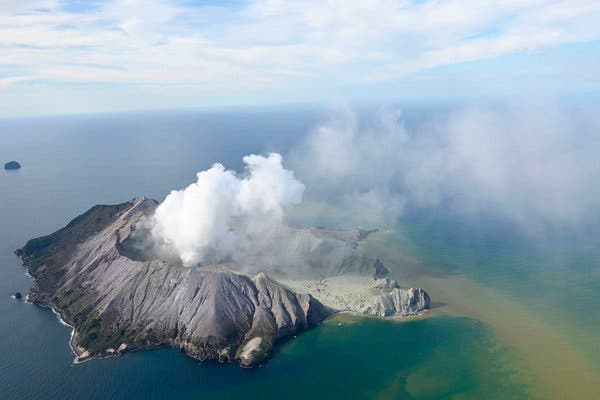 At least one person was killed, several others injured and many reportedly missing, after a volcano in New Zealand erupted, off the east coast of its North Island on Monday. The ash was thrown thousands of feet into the air. 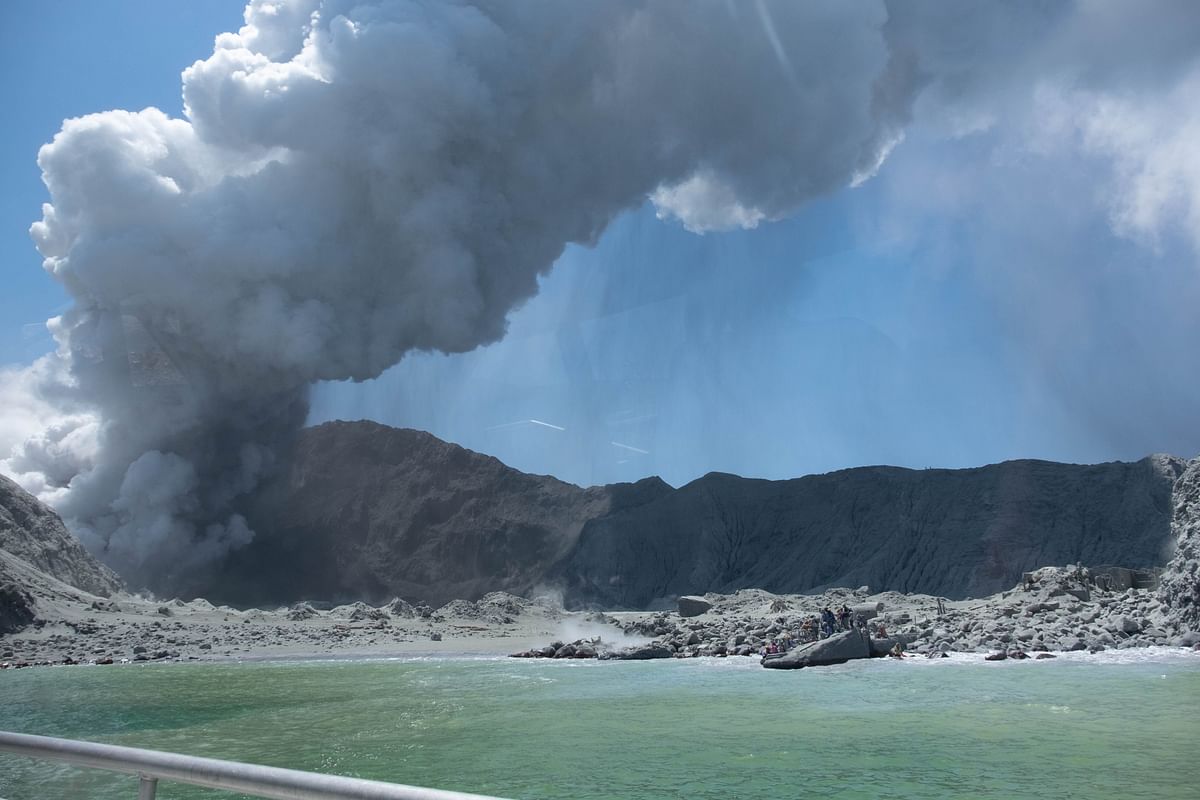 According to police, 23 people, mostly tourists from the Ovation of the Seas cruise ship, were rescued from White Island, where the volcano erupted at about 2:11 p.m. (0111 GMT).
Many people posted images and videos of the volcanic eruption, with smoke first engulfing the top of the crater and then swiftly taking over the entire island.

The White Island is about 50 km from the east coast of North Island and huge plumes were visible up to the mainland. Volcanologists said the ash plume shot 12,000 feet into the air.
Addressing a press conference, Prime Minister Jacinda Ardern said, “we know that there were a number of tourists on or around the island at the time, both New Zealanders and visitors from overseas.”

“I know there will be a huge amount of concern and anxiety for those who had loved ones on or around the island at the time. I can assure them that police are doing everything they can,” she further added.

Kevin O’Sullivan, chief executive of the New Zealand Cruise Association, said, “We believe there is a tour party from Ovation of the Seas involved in the White Island eruption. We have no further details at the moment.”

Royal Caribbean Cruises owns the Ovation of the Seas which is a 16-deck cruise ship. It can accomodate approx. 5,000 passengers and has a crew of an additional 1,500. It is docked at Tauranga, on the North Island, on a cruise that began in Sydney on Dec 3.
“We can confirm that a number of our guests were touring the island today,” a company representative said in an emailed statement. “We do not have any additional details to share at this time.”

In a statement issued by the National Emergency Management Agency, it said that the island’s immediate surroundings were hazardous because of the eruption.
The “short-lived eruption” threw an ash plume about 12,000 ft (3,658 m) high, New Zealand’s geoscience agency GNS Science said in a statement, but added there were no current signs of an escalation.
The White Island volcano is one of New Zealand’s most active.