A picture is being shared online where two policemen can be seen arresting a man. The text attached to the picture claims that a father tracked down his daughter’s rapists and tortured him.

“This Soweto father tracked down the man who raped his 3-year-old daughter, tied him to tree, cut off the rapist’s penis, cooked it and forced him to eat it…” – the text reads. 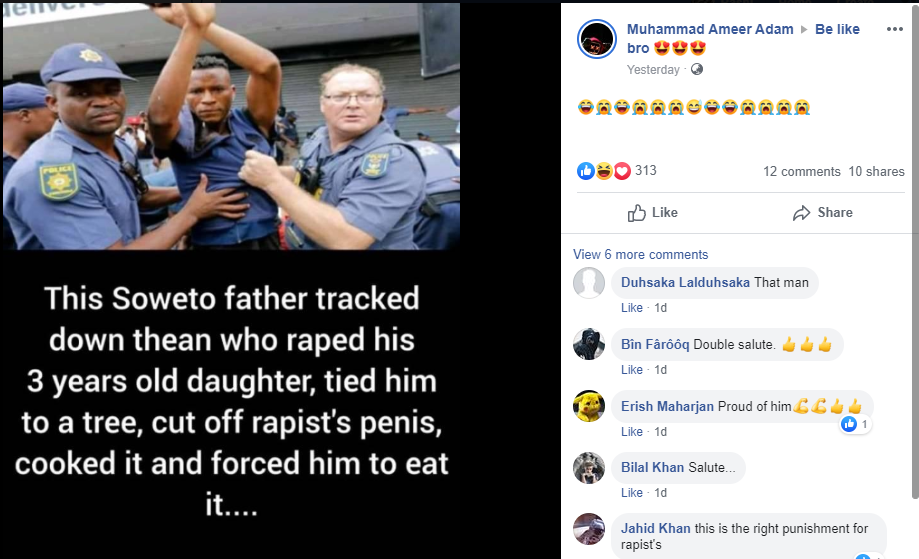 This Soweto father tracked down the
man who raped his 3-year-old daughter,
tied him to tree, cut off the the rapist’s penis, cooked it, and forced him to eat it. pic.twitter.com/5eY1dq8RuA

On putting the image through Reverse Image Search, we found an article by The Scottish Sun which features the image. The caption of the picture credited to EPA read, “A South African resident is arrested by police after allegedly looting and clashing with foreign residents.”

We found the original picture on the website of the European Pressphoto Agency. The description of the image read, ” A South African resident is arrested by police after allegedly looting and clashing with foreign residents during a xenophobic march by the Mamelodi Concerned Residents through the streets of Pretoria, South Africa, 24 February 2017. South African police on 24 February dispersed a xenophobic protest that led to violent attacks against immigrants in Pretoria. This new wave of violence came days after Johannesburg and Pretoria citizens set businesses belonging to Nigerian immigrants on fire, as they believed the latter were selling drugs and prostituting young local women.” 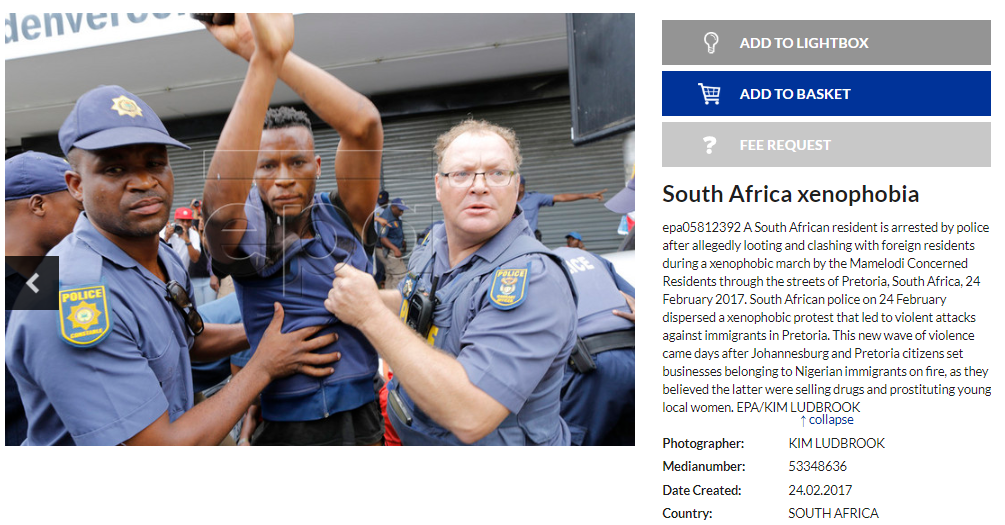 When also found an article published in The Independent, reporting a narrative similar to the viral claims in the above posts. As per the 2014 report, a father in India tortured and killed his own tenant on the suspicion that the tenant raped his teenage daughter.

However, we did not find any news reports on the “Soweto father” story.

The above information proves that the viral post is false.