Home NM FACT CHECKER Did this doctor cry after a child asked him for medicine to...
ShareTweetGoogleWhatsappPrint
Mail

A picture of a crying man is going viral on social media. In the picture, the crying man can be seen holding some food and a child is consoling him.

” The man who is crying is a doctor
While he was distributing bread to the war struck children in Syria, The child told him: “Could you give me a medicine so that I won’t feel hungry again”? “- the text on the post read. 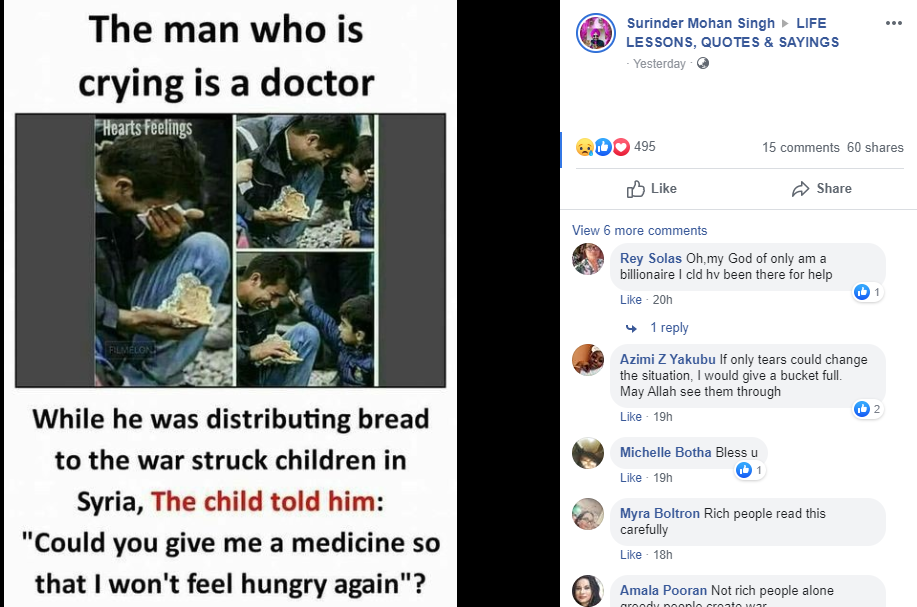 This man who is crying is a doctor. While he was distributing bread to the war struck children in Syria the child told him; “could you give me a medicine so that I won’t feel hungry again?” pic.twitter.com/GrKkOeupgC

NewsMobile fact-checked the picture and found the claim attached to it to be FAKE.

On putting the image through Reverse Image Search, we found the picture on Mashable under the headline ‘The best photos of 2015’.

According to the caption, the picture was taken in Macedonia on Nov. 19, 2015, and picture courtesy was credited to George Licovski/EPA.

We checked the website of european pressphoto agency and found the viral picture. The caption suggests that the man in the picture is the father of the boy.

“A small boy touches his crying father during a protest by migrants from Pakistan and Morocco who block the border line between Greece and Macedonia after Macedonia has started granting passage only to refugees from Syria, Iraq and Afghanistan, near Gevegelija, The Former Yugoslav Republic of Macedonia, 19 November 2015. Macedonia, Serbia and Croatia have started restricting access to migrants on the Balkan route to Syrians, Iraqis and Afghans. It is a part of a joint effort to reduce the number of asylum seekers streaming into the European Union. EPA/GEORGI LICOVSKI,” the caption read. 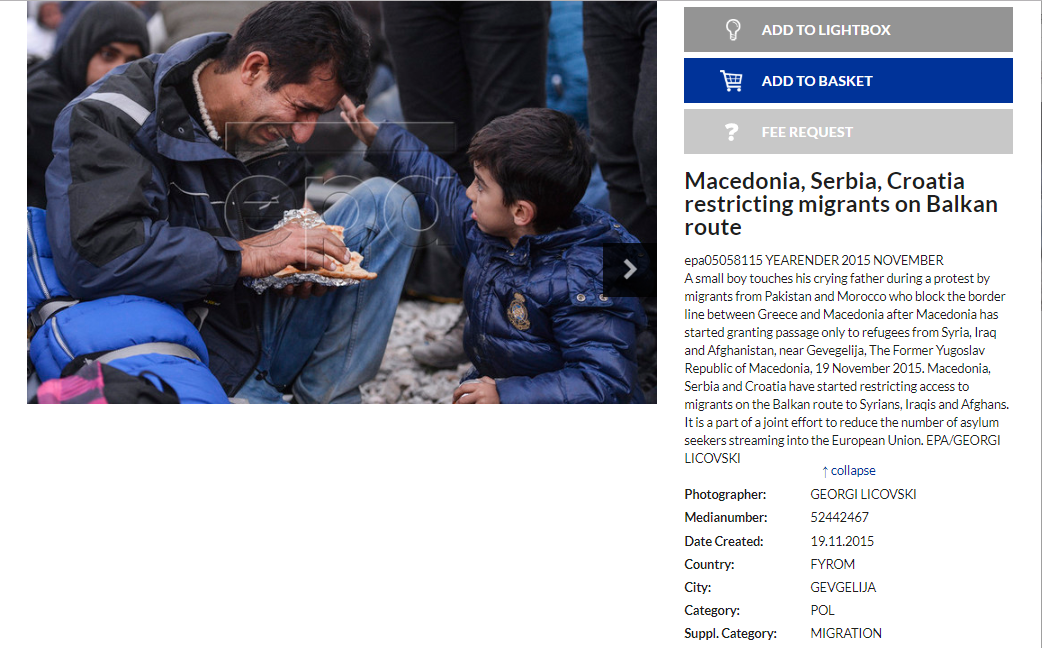 The above information proves that the crying man is the child’s father and hence the viral claim is false.

Stir Over Agnipath Scheme In Bihar, Uttar Pradesh and Haryana |...