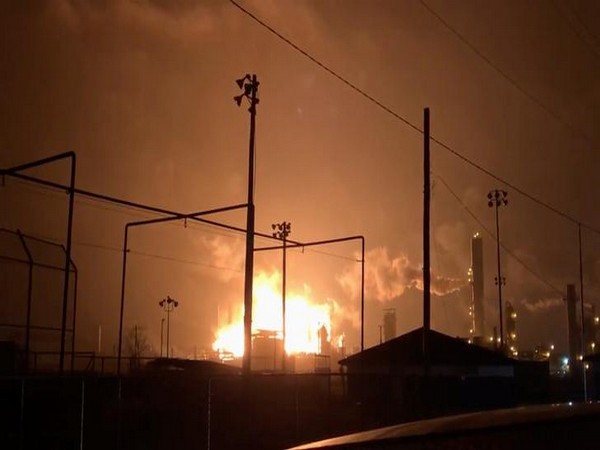 A series of explosions at a Texas petrochemical plant outside Houston has prompted the authorities to issue an order for evacuations within a 4-mile radius of the facility because of the potential for more explosions.

The evacuation order covers areas of Jefferson County within four miles of the Port Neches chemical plant, 94 miles east of Houston near the Louisiana line.

The explosion at a TPC Group complex left at least eight people injured and was followed by secondary blasts, shattering windows, blowing locked doors off their hinges and prompting officials to evacuate homes within a half-mile radius of the facility, which about 90 miles east of Houston, The New York Times reported.

Jefferson County Judge Jeff Branick, who issued the mandatory evacuation, said the initial explosion knocked out power to the plant.

Authorities have no “ability to check the volume of available chemicals” and “no way to calculate burn rates” going forward, he was quoted as saying by CNN.

The fire is burning a chemical called butadiene, the police said. The colourless gas is considered a health hazard, according to the US National Library of Medicine. It is made from processing petroleum and is used to make synthetic rubber and plastics. When butadiene enters the environment, it is highly volatile and has low water solubility.

Earlier this year, a disastrous fire burned for days at a petrochemical facility on the outskirts of the Houston metropolitan area. It was followed by another blaze at a chemical plant northeast of Houston that left one person dead and two others critically injured.