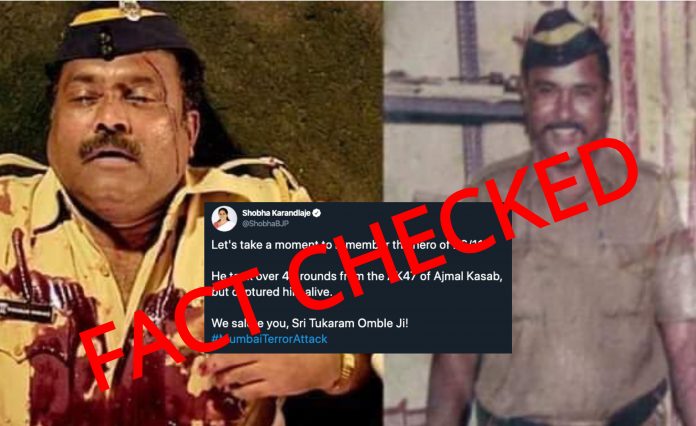 Many posts include a picture collage in which one of the images is of a martyred police official and it has been claimed that it was Tukaram Omble after he was shot by the terrorist. 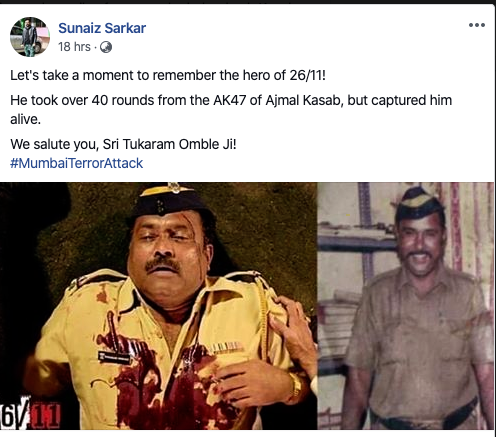 The text with the picture read: “Let’s take a moment to remember the hero of 26/11! He took over 40 rounds from the AK47 of Ajmal Kasab, but captured him alive. We salute you, Sri Tukaram Omble Ji! #MumbaiTerrorAttack.”

ALSO READ: This picture of fully furnished room is NOT of JNU hostel

He took over 40 rounds from the AK47 of Ajmal Kasab but captured him alive.

Even are being hit with 23 bullets, he captured Terrorist Kasab

When NewsMobile fact-checked the above post, we found that the picture of the martyred police official is actually a still from a movie scene based on the 26/11 Mumbai attacks. The film is called ‘The Attacks of 26/11’ and was released in 2013.

On putting the picture through Reverse Image Search, we found came across a video on a YouTube channel Eros Now Movies Preview,  the video is a scene from the movie in which the ‘Cops catch Kasab’.

The still of the viral image can be seen at 3 minutes 58 seconds of the above video. 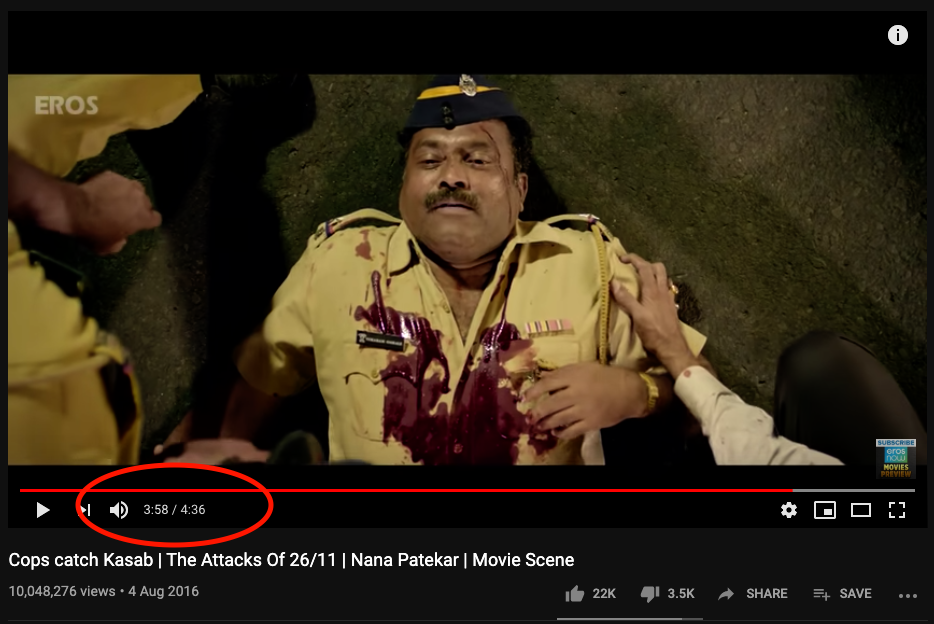 Hence, the above information proves that the viral posts with the viral picture are misleading.