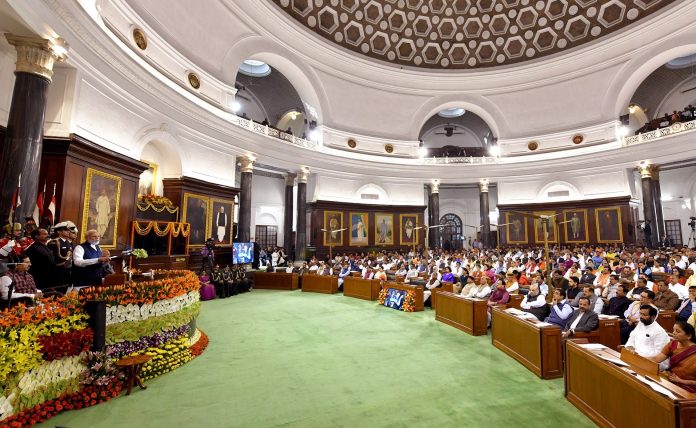 Addressing the Parliament, President Kovind said, “It was in 2015, the 125th birth anniversary year of Dr Bhimrao Ambedkar that the Govt of India decided to celebrate Nov 26, as ‘Constitution Day’ every year. This is a commendable initiative to reiterate our gratitude to the chief architect of our Constitution.”

“The ‘Constitution of India’ lies at the foundation of the world’s largest democracy. This is the supreme law in the country’s democratic framework and it continuously guides us in our endeavours,” he added.

Today is a historic day, 70 years ago we had adopted the Constitution

I pay my respects to the departed souls : PM @narendramodi #ConstitutionDay #MyDuties pic.twitter.com/OHoaMbXzKm

ALSO READ: 10 facts you didn’t know about the Indian constitution

Meanwhile, the opposition parties protested outside Parliament and had boycotted the special joint sitting in Parliament, in protest against what they are calling the “murder of democracy” in Maharashtra and the “manhandling” of women MPs by security staff in the Lok Sabha. The protest was led by Congress interim president Sonia Gandhi.

Congress President Smt Sonia Gandhi leading the opposition protest against the murder of democracy by reading out the Preamble of the Constitution of India at the parliament marking #ConstitutionDay pic.twitter.com/XkQ7G6n2rC

On Monday, Congress MPs clashed with Lok Sabha marshals amid protests over Maharashtra developments, forcing Speaker Om Birla to take action against two MPs. Two women MPs from the main opposition party alleged that they were “manhandled” by the marshals.