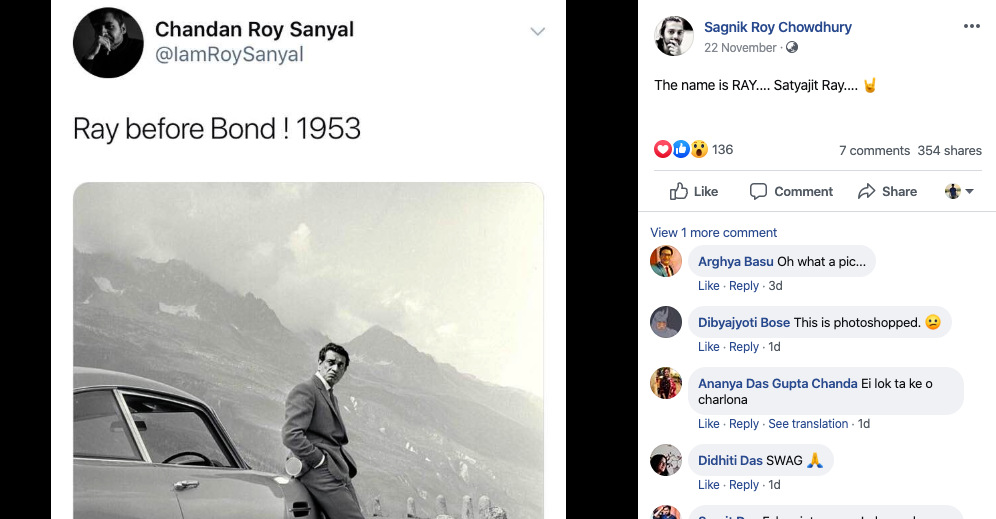 ALSO READ: This picture of the fully a furnished room is NOT of…

On cropping and putting the picture through Reverse Image Search, we found the original picture on the official website of Getty Images. 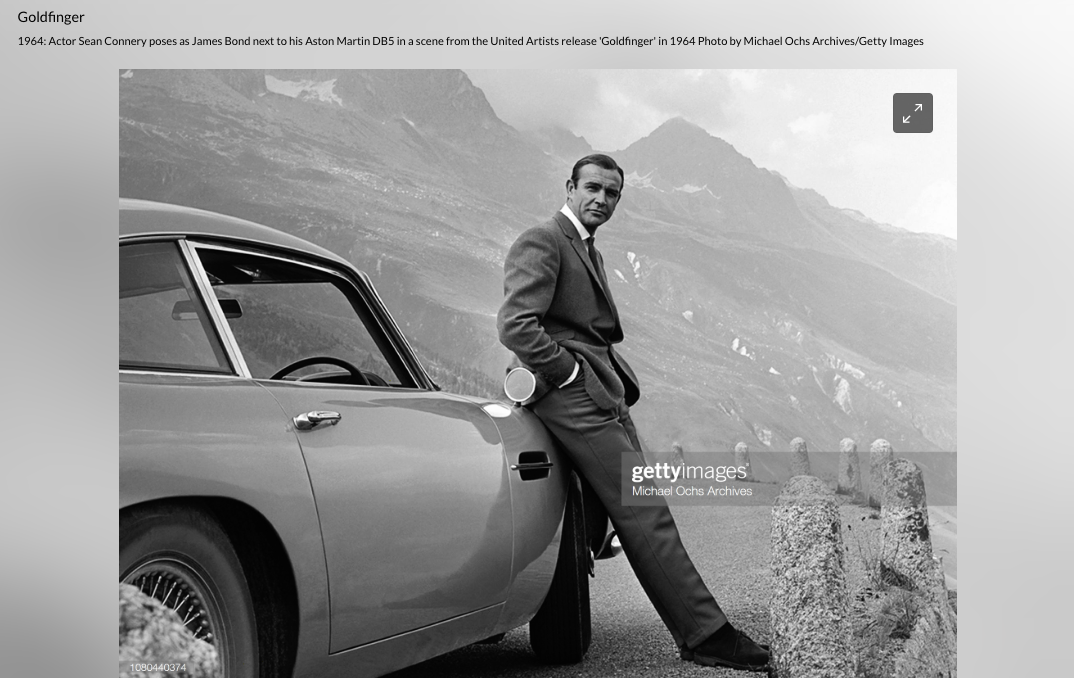 The original picture features James Bond actor Sean Connery in which he poses as James Bond next to his Aston Martin DB5 in a scene from ‘Goldfinger’ in 1964. 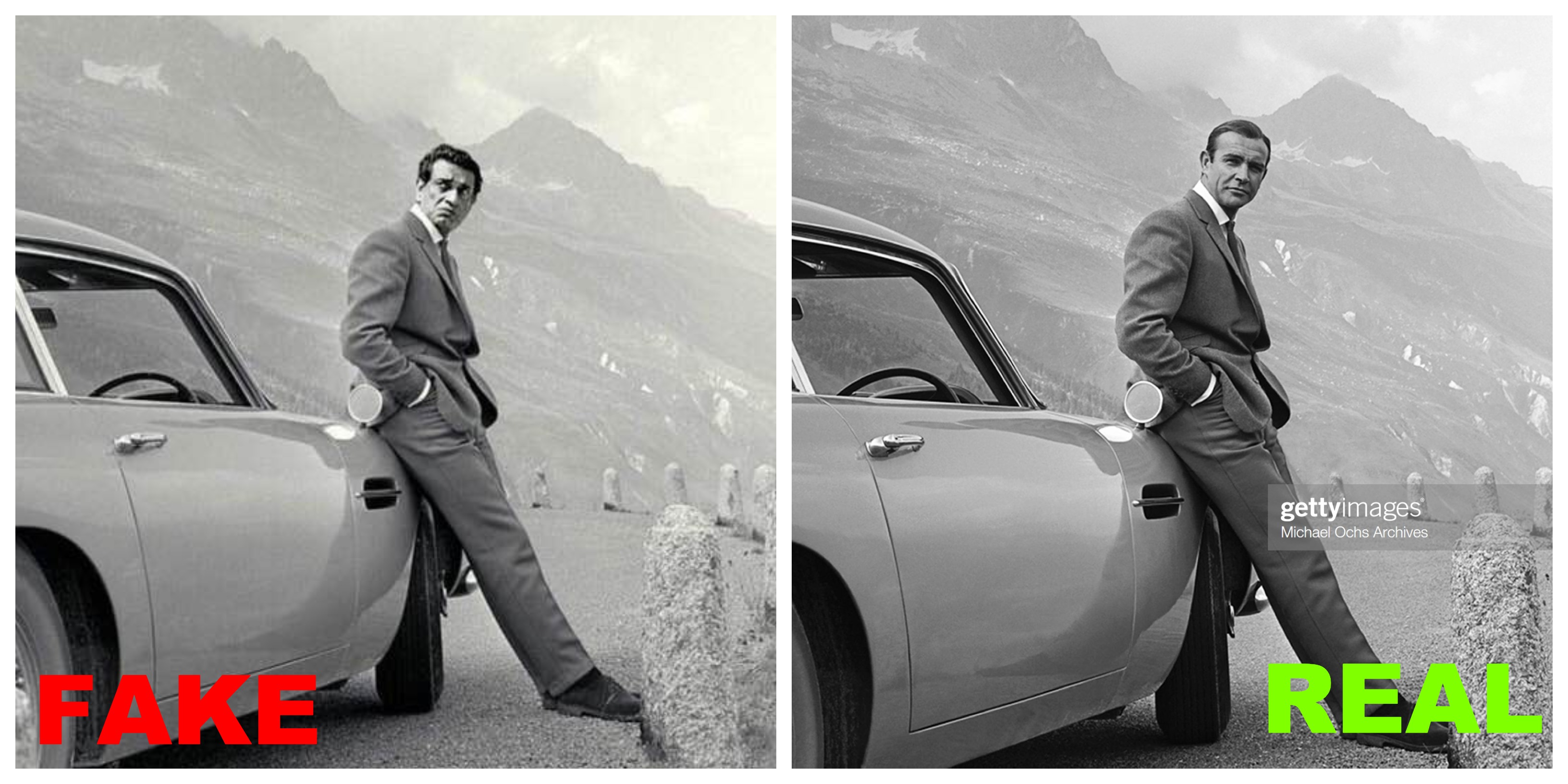 In the above FAKE vs REAL collage, it is clear that Sean Connery’s face was replaced by Satyajit Ray’s face using Photoshop software to create a viral FAKE picture.