A picture is of authorities checking over a meat consignment on a railway station is being shared online with a claim that a large consignment of dog meat has been sized in Margao, Goa. 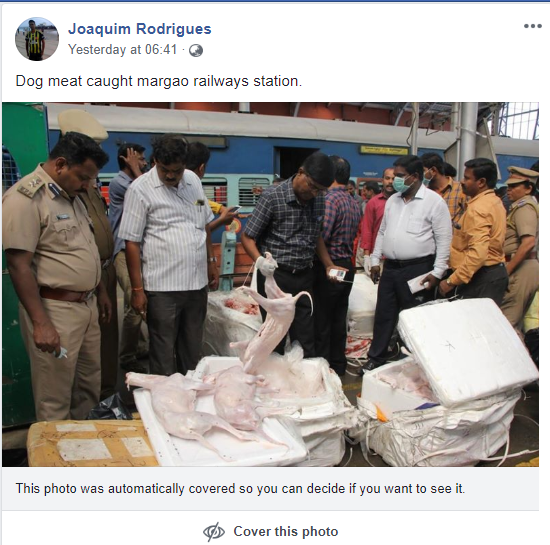 NewsMobile fact-checked the picture and found the claims attached to it to be False.

On putting the image through Reverse Image Search, we found that this image is a PTI picture from 2018 and the was taken in Tamil Nadu. 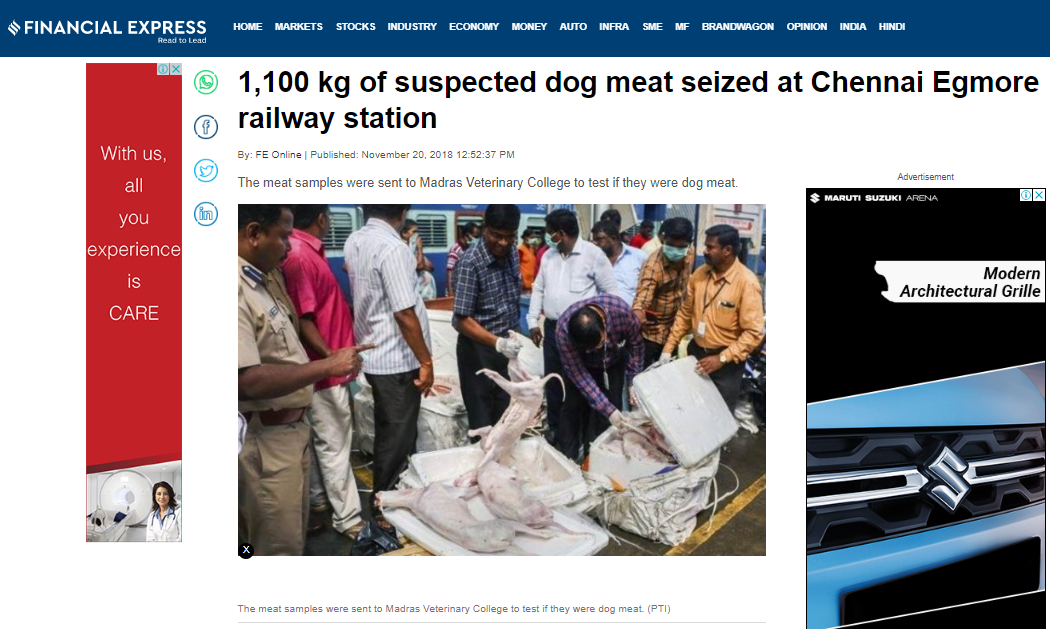 We also found another follow up report by The Hindu on the incident where it was confirmed that the meat was NOT dog meat. 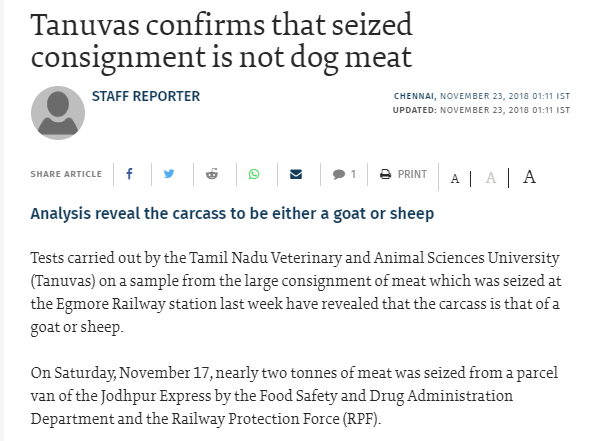 The above information proves that it was not dog meat and the picture is not from Goa and hence the claim is False.