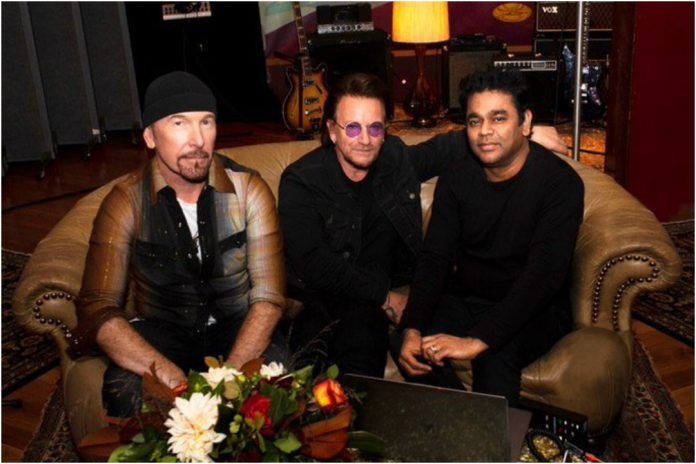 AR Rahman shared on Twitter, ”I’ll meet you where there is no sleeping… But we wake up to dream…’ Here is my latest collaboration ‘Ahimsa’ with @U2”

The song opens with the vocals of Rahman’s daughters Khatija and Raheema as they sing a Tamil verse. A collaboration between Rahman and U2 has certainly been a dream of many music fans.

To make his fans curious, AR Rahman had earlier shared a photo with U2 band members Bono and The Edge.

In a conversation with Rolling Stone, Rahman spoke about the collaboration and said, ”I was in Boston that time and had sprained my leg. So I went (to New York) using my suitcase as a crutch! I met them, we vibed very well and that’s it.”

The song drops before U2 is all set to deliver its debut performance in India on December 15. For U2’s Indian fans, this certainly builds up the hype!